When Harold Fernandez was applying to college back in 1984, it wasn’t an essay or the list of references that tripped him up. The problem was with his social security number.

He didn’t have one.

Fernandez—who is now a heart surgeon at St. Francis Hospital in Roslyn—was undocumented.

Back in the 1970s, his parents had moved from their home in Medellin, Colombia, to New York City in search of better economic opportunities. But his mother couldn’t bear being separated from her children, who were far away and in a place that was increasingly plagued by drug violence. In 1978, she and her husband hired a smuggler to bring 13-year-old Harold and his younger brother to the US.

While Fernandez found academic success in school, he ran into a roadblock when he decided to apply to college. He didn’t have a social security number and wasn’t eligible for government aid and loans for higher education. 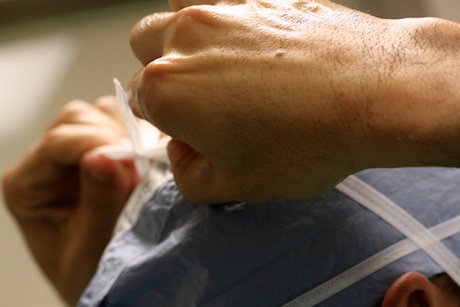 “These were the times when I really started to feel how difficult it is to be in America without documents, because there’s not much you can do and you feel very helpless,” Fernandez says. “And this is really how almost two million students feel right now that are trying to make their dream of an education a reality, but can’t because they cannot fix their documents, they cannot get the appropriate papers so that they can go on with their education.”

With the help of his parents, he obtained a counterfeit green card, which he used for his application to Princeton. Hear him talk about the experience:

Fernandez was eventually accepted to Princeton and funded his education through scholarships. He continued on to Harvard Medical School and is presently a heart surgeon at St. Francis Hospital, one of the leading such facilities in the country, where he performs 300-400 heart surgeries per year.

This month, the 46-year-old doctor released Undocumented, a self-published memoir about his life in the shadows, which chronicles everything from childhood encounters with sicarios—hired killers—in Medellin, to the moment he received his acceptance letter to Princeton.

But more than anything, Fernandez hopes the book will serve as an inspiration for present-day undocumented students and effect change. As Newsday’s Víctor Ramos wrote in a recent article about the surgeon, the memoir arrives at a time when activists are mounting a campaign in support of the DREAM Act, a bill that would create a pathway to citizenship for undocumented students who attend college or serve in the military. 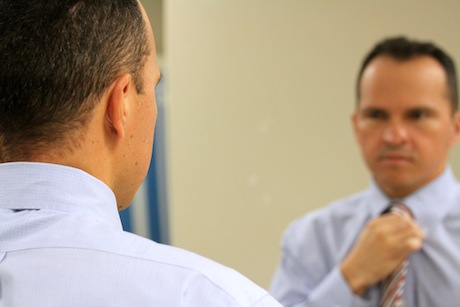 “I hope that some can identify with my story and find comfort inside the pages of this book,” he writes in the foreword. “I also hope and pray that a better understanding of their struggles will bring America closer to finding a humane and practical solution.”

Watch the video below to hear Fernandez speak about the disconnect between how undocumented immigrants are perceived and the reality:

To learn more about “Undocumented” by Harold Fernandez, click here.