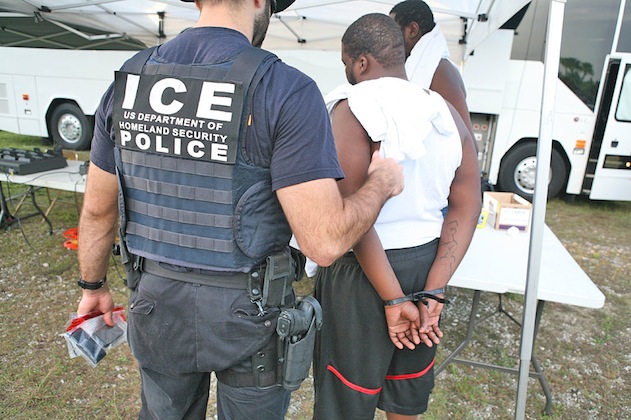 Maybe you saw this on your Facebook feed last week: “COPY AND PASTE NYC IMMIGRATION CHECKPOINT!! BROOKLYN IN NYC NOW! AVOID CHURCH AVE FROM 35th DOWN TO UTICA. THERE’S AN IMMIGRATION CHECKPOINT !! Update: they’re also stopping dollar vans/cabs on Flatbush, Church Avenue, and Utica Please pass this info on. Copy and paste, do not share.”

Please do not “copy and paste” because this warning is not true. Both National Public Radio (NPR) and the New York Immigration Coalition went to the scene of the supposed “checkpoint” and not only was there not one there, but people who worked in the area said that they had not seen ICE at all in the neighborhood.

Following President Trump’s inauguration, this and similar fake warnings of ICE checkpoints and sweeps have been rocketing across the Internet. The “Church Ave” post first appeared on February 15, but it was still being circulated as contemporaneous news over the weekend, eleven days later. That is one permanent checkpoint!

We do not know where these Facebook rumors start, but I have a suspicion. Many of the fake news posts end with the words “Copy and paste, do not share.” By copy and pasting the message, the re-poster makes it impossible to track the origin of the hoax story. Which is likely what the originator of the hoax wanted. They wanted to frighten immigrants, but not leave any trail behind.

Unfortunately, well-meaning people have reposted these hoax posts thousands of times, leading to terrible consequences for immigrants. Many have skipped work or kept their children home from school to avoid these non-existent checkpoints. Language classes and churches near where the fake ICE activity is reported to be have said that attendance has greatly decreased. In re-circulating these fake posts, people are unwittingly contributing to the climate of fear in the immigrant community.

You may ask yourself what the motive behind the creation of these hoax posts is. Well, back before the Internet, racists used to get a kick out of yelling “La Migra!” outside of a store that had Latino employees to see the fear they could induce. Now they post fake news of ICE raids and get twice the pleasure as pro-immigrant folks spread the fear far and wide.

We are seeing a similar phenomenon with the bomb threats being phoned in to Jewish centers around the United States. On Monday, February 27th, more than sixteen Jewish centers received bomb threats and had to evacuate the building. None of the threats so far has involved a real bomb, but all of them sow fear and confusion. The Alt-Right is expert at the politics of confusion.

In circulating false information about ICE raids, we contribute to President Trump’s attack on immigrants. There are real raids going on and we want to report on them, but we should not contribute to the Alt-Right’s internet war against immigrants. Please do not spread fear with fake rumors.