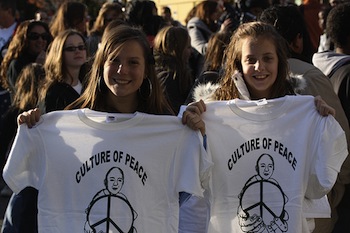 If you’re on the Long Island Wins email list, you’ve probably realized that we’ve begun publishing a weeklong series of editorials about a report being drafted by the Suffolk County Hate Crimes Task Force (If you’re not on our list, you can sign up on the homepage).

For all editorials in the series, click here. I’ve pasted today’s editorial below:

The task force isn’t qualified to perform an investigation into hate crime.

After the death of Marcelo Lucero, an Ecuadorian immigrant attacked and killed by Suffolk teens who were out “beaner hopping,” the Suffolk County legislature created a task force to investigate hate crimes.

According to the bill, the Suffolk County Hate Crimes Task Force would be almost entirely composed of county employees or members of county government.
Advocates from the Long Island Immigrant Alliance called for an independent consultant to advise and monitor the task force, and for an independent group to draft the group’s report, but those demands went unfulfilled.

We don’t question the integrity of task force members. But most members were placed in the position of critiquing the role of their own employer, Suffolk County government, in the role of hate crime prevention and reporting.

In addition, the group simply wasn’t qualified to undertake this investigation.

The task force initially included a member with expertise in the legal aspects of hate crimes, Det. Sgt. Robert Reecks, the commander of the Suffolk County Police Department Hate Crimes Unit. The work of the unit wasn’t without controversy: In the ten months leading up to the Lucero killing, critics noted that the hate crimes unit had reported only one Latino-targeted hate crime.

Now, we’ve learned that even Reecks considers his work on the task force compromised. He resigned from the group a few weeks ago, and subsequently alleged that Suffolk County Executive Steve Levy had systematically tried to cover up hate crimes since taking office in 2004, reclassifying what constituted such a crime and rewriting press releases to remove terms related to hate crimes.

So with Reecks’ resignation, the blow to the task force was two-fold: The group lost a hate crime expert, but also learned that he hadn’t told the whole story about how such crimes were allegedly handled in Suffolk County under Steve Levy.

Many of the other task force members have experience working with minority groups, but none of them has ever organized or participated in a hate crime investigation. If the group’s foremost legal expert on hate crimes was unable or unwilling to speak openly about the subject, then we should question the quality of the group’s findings.

In contrast, the U.S. Department of Justice is currently investigating allegations of discriminatory policing against Hispanics in Suffolk County, with a focus on hate crime reporting. The Justice Department has the knowledge, resources, and independence to conduct such an investigation, and the quality of their report should reflect those assets.

Likewise, it’s possible that the report by Suffolk’s task force will reflect its limitations.

Tomorrow: Was the group drafting the report by the Suffolk County Hate Crimes Task Force co-opted by the Levy administration?