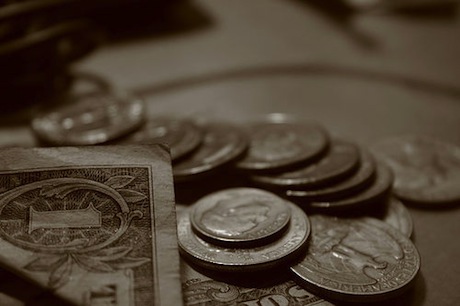 Most families on Long Island have had it tougher than ever over the last few years. As wages have stagnated and the economy has faltered, costs – from housing to energy to healthcare – are continuing to rise.

These difficult times have been hit our the lowest paid workers the hardest of all.

Have you ever thought about how many of the people you encounter in your daily life that are struggling to get by only on the minimum wage? The person you buy your coffee from, or who you drop your dry cleaning off with, or who takes care of your children while you are away at work?

Minimum wage workers are our friends, neighbors, and family members.

They primarily work in retail and food service. While some are teenagers, most are not. In fact, three fourths of minimum wage and near minimum wage workers are adults. Many have families they are struggling to support. The reality is hundreds of thousands of our fellow New Yorkers are making $7.25, the minimum wage the federal government allows employers to pay the hard working men and women who keep their businesses alive. For a full time worker, that means just $290 per week, or about $15,000 for a year. That low level puts many working families on minimum wage well below the poverty line.

What makes the situation worst for our fellow Islanders is that Long Island is one of the most expensive places in America to live and support a family. But our minimum wage is the exact same as states with a much lower cost of living, like Kansas and Idaho.

The good news is eighteen states, as well as Washington, DC, do have higher minimum wages.

Our elected leaders in Albany should act now to raise the minimum wage, during this legislative session, as Assembly Speaker Sheldon Silver has proposed. Doing so will not only put a little more money in the pockets of the workers who are struggling the most, but it also has a rippling effects that helps lift up our Main Street economy. Because When struggling workers have a little extra money in their pockets, it gets spent on necessities in local businesses. Sparking demand means job creation.

Further, I encourage my lawmaking counterparts in the State to peg the minimum wage to the rising cost of living.

Every year, the buying power of the minimum wage sinks lower and lower as costs of basic necessities rise. If the minimum wage had kept pace with inflation over the last forty years, it would be over $10 an hour today, and many fewer families would be living in desperate poverty. Instead, the minimum wage in New York has increased by only ten cents in the last five years.

While too many families are struggling, the largest employers of minimum wage workers are doing better than ever. Businesses like Walmart, Target, McDonald’s, Yum Brands (the parent corporation of KFC, Pizza Hut and Taco Bell) and Sodexo have all seen profits and dividends rise higher than their levels before the recession.

If they can afford to increase the dividends to their shareholders surely these large multinational corporations can and must raise the wages for their lowest-paid workers.

There will always be skeptics who will say that raising the minimum wage will move jobs. But the fact is this: economists have found no link between unemployment and modest minimum wage increases. Most minimum wage jobs are service jobs that cannot be outsourced. McDonald’s will not pull up stakes from New York state.

The artificially imposed minimum wage is a disgrace to the heritage of our hard working ancestors who made this country great. Poverty isn’t a family value, poverty devalues families.

New York must strive for better than that. Raising the minimum wage is not only the compassionate thing to do for the people we rely on every day for some of our most basic needs—it’s also the smart thing to do for our economy. Albany must not let politics in the way of helping the workers who need it most and boosting our economy.

DuWayne Gregory is the majority leader of the Suffolk County Legislature. He represents the 15th Legislative District, which comprises the southwestern-most portion of Suffolk County.