This is good news from the New York Immigration Coalition [NOTE: To vote in local races, try to vote as close to home as possible]:

In response to advocacy by a diverse coalition of groups, Governor Cuomo announced late this afternoon that all New Yorkers would be able to vote by paper ballot (known as an affidavit ballot) at any polling place in the state, and that all such ballots would be counted.

The Governor’s announcement came two days after the New York Immigration Coalition, together with the Election Protection Coalition, Common Cause/NY, and thirty other groups asked the Governor to take such emergency action. Click HERE to see that sign-on letter.

Click HERE for the full text of the Executive Order.

“Hurricane Sandy did enough damage to our state; we couldn’t let it also undermine our democracy,” said Chung-Wha Hong, executive director of the New York Immigration Coalition. “We thank Governor Cuomo for recognizing how crucial it is to protect the right to vote for all New Yorkers at this time.”

The Executive Order is supposed to be prominently posted at all poll sites in the state, and all election monitors are supposed to be provided with extra affidavit ballots and instructions on collection and delivery to home districts.

For poll site and ballot information in New York City only, please check out our partners at whosontheballot.org. For changes in other parts of the state, please see these updates from the New York State Board of Elections: http://www.elections.ny.gov/CountyBOEStormInfo.html.

The Governor responded quickly at crunch time and heard our voices.

Here is the text of the Executive Order:

WHEREAS, on October 26, 2012, I issued Executive Order Number 47, declaring a disaster emergency in all 62 counties in the State of New York; and

WHEREAS, New York State is firmly committed to holding a fair and accessible general election and maximizing voter participation in this election; and

WHEREAS, Hurricane Sandy has struck a deadly blow, destroying lives, countless houses and businesses, displacing thousands of New Yorkers from their homes, disrupting transportation, the flow of commerce and daily life and complicating even the simplest and most routine acts of living; and

WHEREAS, New Yorkers who are victims of Hurricane Sandy should not lose their right to vote; and

WHEREAS, it is incumbent upon the State not to let this devastation undermine our democracy, and to actively facilitate the exercise of the fundamental, constitutional right to vote of registered voters who reside in the federally declared counties who have been impacted and displaced by Hurricane Sandy;

NOW, THEREFORE, I, ANDREW M. CUOMO, Governor of the State of New York, by virtue of the authority vested in me by Section 29-a of Article 2-B of the Executive Law to temporarily suspend and otherwise alter or modify specific provisions of any statute, local law, ordinance, orders, rules or regulations, or parts thereof, of any agency during a State disaster emergency, if compliance with such provisions would prevent, hinder or delay action necessary to cope with the disaster, hereby temporarily suspend and otherwise alter or modify, for the period from the date of this Executive Order until further notice, the following:

Section 9-209 of the Election Law is temporarily suspended and otherwise modified so that every board of elections in the State shall transmit the affidavit or provisional ballot of any voter who resides in one of the federally declared counties to the board of elections wherein such voter is registered to vote to be canvassed with other affidavit and absentee ballots for the election district wherein the voter resides.

Subparagraph (iii) of Paragraph (a) of Subdivision 2 of Section 9-209 of the Election Law is temporarily suspended and otherwise altered and modified so that the board of elections for the county in which such voter resides shall cast and canvass such ballot, if it determines that such voter was entitled to vote regardless of the fact that the voter may have appeared in the incorrect polling place, provided that such vote shall not be cast and canvassed for such contests for which the person was not entitled to vote at such election.

FURTHER, the State Board of Elections shall promptly instruct county boards of elections on the proper implementation of this Executive Order including requiring such boards:

to instruct poll workers to provide affidavit ballots and guidance to voters; and
to provide notice and guidance to voters in accordance with this Executive Order: (a) that indicates
that voters who reside in the counties of Nassau, Rockland, Suffolk, or Westchester, or in New York City may receive and complete an affidavit ballot at any polling place in New York State; and (b) that the voter’s vote will count for the office of President and United States Senator and it will also count for any other candidate for office and district as well as any ballot initiative that appears on the official ballot in the voter’s home district.

Notice of this Executive Order and its contents shall be provided by the State Board of Elections on its website and by boards of elections, at a minimum, at every poll site and on any website maintained by such boards. 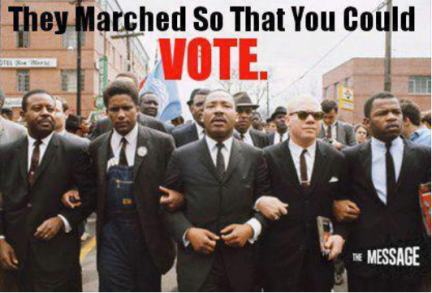