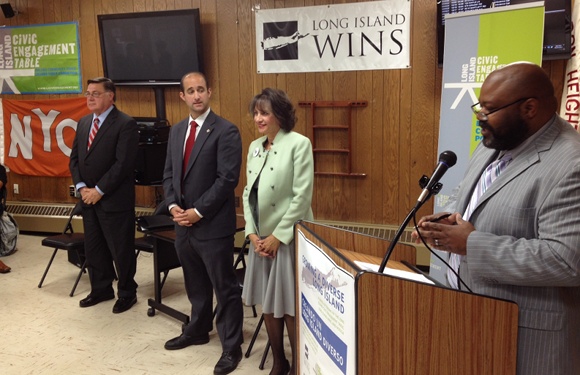 Issues discussed included job creation, the foreclosure crisis, language access, and the relationship between police and immigration enforcement. In recent years, areas of Brookhaven have been known as anti-immigrant hot spots. This forum indicated continued progress towards shedding that legacy.

“Tonight is a special night,” said James Freeman, president of the Greater Gordon Heights Civic Association and moderator for the candidate forum. “This is the only forum this year where the candidates will focus on their proposals to empower our diverse communities.”

Reflecting the diversity of Suffolk County’s diverse communities, the forum offered simultaneous Spanish interpretation for those with limited English proficiency.

One of the biggest issues facing the immigrant community on Long Island is the lack of trust between them and the police. With policies such as Secure Communities further eroding that trust, it’s essential that this disconnect be addressed going forward.

“In a world where we have a great deal of crime, a growing gang problem and a growing drug problem, I believe we need to focus our efforts on that, not going after undocumented immigrants,” said Brookhaven Town Supervisor Ed Romaine.

“I don’t believe that the police should become immigration officials,” said Vivian Viloria-Fisher, candidate for Brookhaven Town Supervisor. “I saw the suffering that happened because of that when people were afraid to go to the police because they were not documented, and so they became victims twice. I don’t want to see that happen again.”

“The last thing we can afford is having our police department going after people that haven’t committed any real crimes,” said Rob Calarco, Suffolk County Legislator for the 7th District. “Our police officers have enough to do, they don’t need to enforce federal laws.”

Certain areas in the town of Brookhaven have gained a reputation as being anti-immigrant, culminating in the 2008 murder of Ecuadorian immigrant and Patchogue resident Marcelo Lucero. The community members that took part in the forum had the opportunity to stand face-to-face with the candidates and have their concerns regarding diversity addressed. 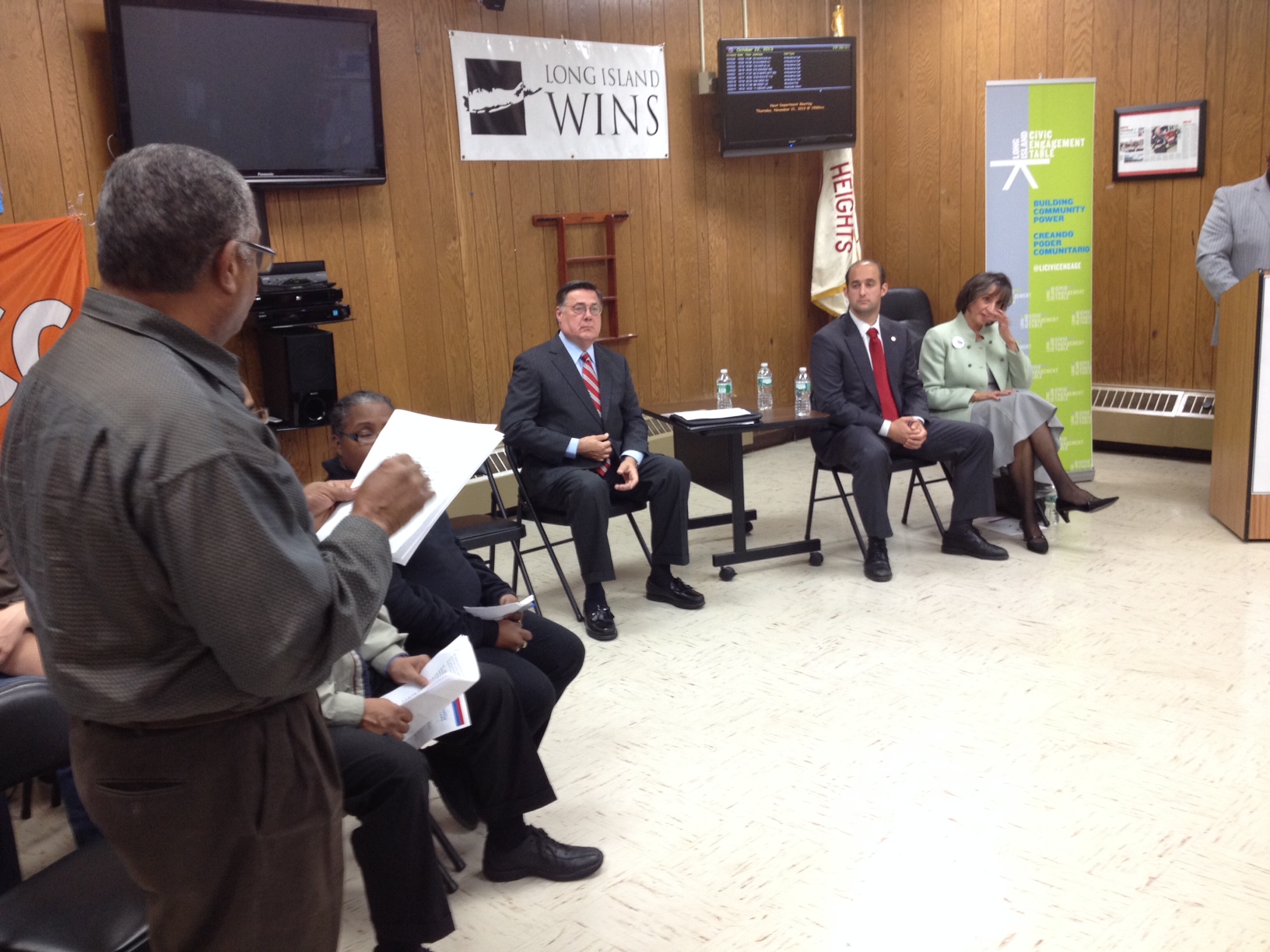 Community members had the opportunity to ask the candidates directly about the issues affecting them most.

“As a legislator, I wrote a resolution to name the second week of November, Marcelo Lucero week,” said Romaine. “I want to demonstrate that we’re a town that accepts everyone.”

“We started the Play for Peace Soccer Tournament, which is an opportunity for people to interact,” said Calarco. “What people find when they interact with each other is that they’re not so different.”

“When we embrace the culture of all of our people, we make all of us richer,” said Viloria-Fisher.

This year’s municipal elections will be critical for shaping the future of Long Island and our diverse communities. Be sure to get out and vote November 5.