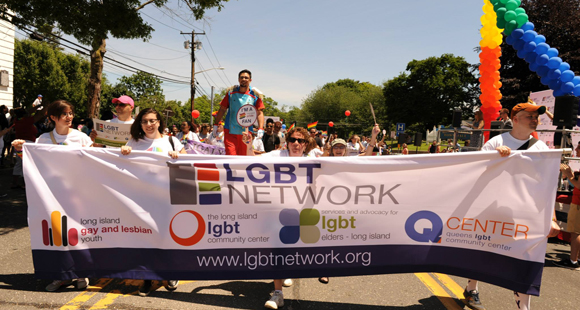 Besides the usual challenges all immigrants face, such as learning English or assimilating to a new culture, the most difficult issue for LGBT (Lesbian, Gay, Bisexual, Transgender) immigrants is finding out where to go for help.

“LGBT immigrants also face the challenges that the LGBT community faces,” said Ernesto Hernandez, 42, a Mexican LGBT immigrant who lives in Central Islip. “You have to navigate all these differences to find out who we really are and understand our culture,” said Hernandez, who works as an Early Intervention Specialist for the LGBT Network, an organization that represents LGBT people on Long Island and Queens.

“It’s going to be everything from building capacity and leadership to providing direct support and educational services, and also organizing about policy issues that affect immigrant communities and LGBT immigrant communities,” said David Kilmnick, CEO of the LGBT Network. 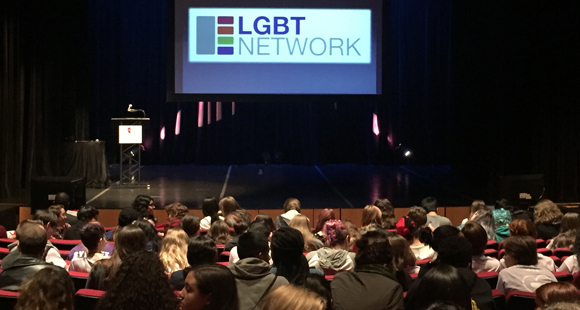 But the program is more than that. It’s also educating this community about their rights as immigrants. The program provides information for undocumented immigrants such as administrative relief programs DACA, DAPA and DACA+ as well as programs for recently arrived Central American children. It also advocates for policies that could benefit the immigrant community.

Currently, the LGBT Network is looking to hire an Immigrant Community Organizer for this new program, who will work with LGBT immigrants of all ages, engage youth and empower leaders on Long Island.

LGBT Network and its beginnings

The LGBT Network had its origins 24 years ago as a college project created by Kilmnick. He was finishing his Masters in Social Work at Stony Brook University when he developed a program to visit Long Island high schools to speak to students about his experience growing up as part of the LGBT community in the suburbs.

“No matter where we held the workshops, the reaction was always the same,” Kilmnick said. At the end of every workshop there was always a student that came forward and asked where he could go for help, according to Kilmnick. He decided that the project needed to become something more than just a workshop. Young people needed a safe haven to be themselves. And that’s how the Long Island Gay and Lesbian Youth (LIGALY) was created, as the initial organization of the LGBT Network. 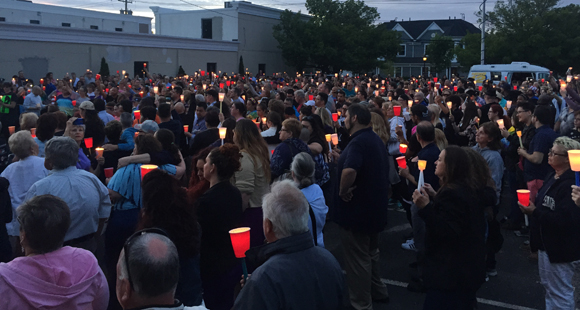 As time went on, Kilmnick and his board decided to open other organizations to provide various types of services for LGBT adults and seniors. So they created the Long Island GLBT Health and Human Services Network, which later became the LGBT Network. Currently the network includes LIGALY, the Long Island LGBT Community Center, Services and Advocacy for LGBT Elders – Long Island, and a new project called the Q Center (LGBT Queens Community Center).

All four organizations of the LGBT Network provide different services. Services include the anti-violence project, which protects survivors of domestic violence, intimate partner violence, sexual assaults and others, as well as education and training for a variety of audiences. The senior housing project provides programs in health, recreation, nutrition, social, cultural. Free and confidential HIV/STI testing is also offered with results ready in as little as 20 minutes, by appointment or during drop-in hours. 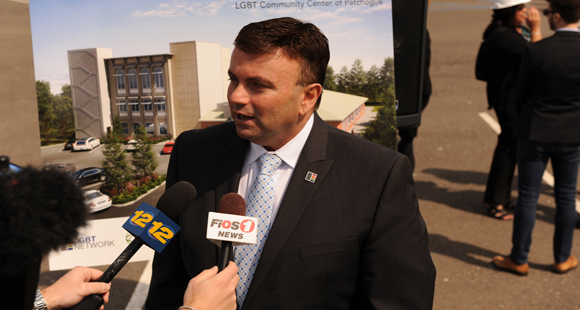 DAVID KILMNICK, CEO OF THE LGBT NETWORK HAS RECENTLY ANNOUNCED THAT A NEW LGBT CENTER AND HEALTH CLINIC WILL BE BUILT IN PATCHOGUE SOON. PHOTO: FLICKER/THE LGBT NETWORK.