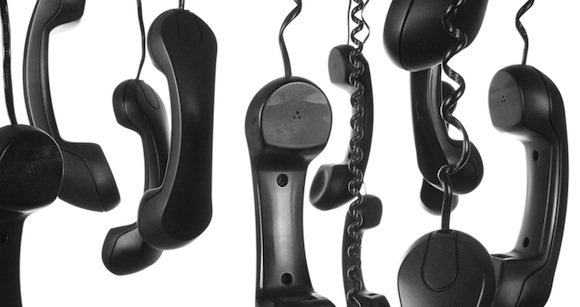 It is required by law that all Nassau County government agencies provide translation and interpretation services to all LEP residents in their interactions with county offices. However, Long Island Wins and other members of the Long Island Language Access Coalition recently conducted language access testing of many of Nassau’s agencies.

The results are shocking.

Haitian-Creole is one of the six most commonly spoken languages in Nassau County other than English (the others are Spanish, Mandarin Chinese, Italian, Farsi/Persian, and Korean). Although I am bilingual in English and Haitian-Creole, I called 11 public agencies acting as an LEP resident.

None of the 11 agencies were able to provide Haitian-Creole interpretation. During each call, I used a reasonable amount of English words to show that I speak nearly no English. Still, many operators repeated information to me in English several times as though I would understand them.

When I contacted the Office of the Aging (an agency established to provide programs and services to the over 60 population) while speaking Haitian-Creole, the phone operator seemed to be in a panic. She tried to speak English, despite being told, “Me no English. Haitian-Creole only.” After being put on hold for a few minutes, in an attempt to find an interpreter, she finally said to hang up and call again.

Similarly, when the Anti-Bias Crime Task Force was called, no Haitian-Creole interpreter could be provided. The operator used very easy to understand words such as, “hold on” and was very polite, but disappointedly transferred the call to a Spanish interpreter who was not able to help.

The operators for the Crime Victims Program and the District Attorney’s office both showed great frustration with the call, at times even raising their voices. “I’m sorry, I really don’t understand what you’re saying,” said one operator. “No Creole! No!” said another operator.

While most operators kept a calm, patient, professional, and sometimes apologetic tone, there were a few phone operators who seemed to be annoyed with me for not speaking English. “I only speak English,” said an operator from the Nassau County Youth Board. “I can’t help you unfortunately.”

When the Fire Commission and the Department of Minority Affairs were called, an automated voice messaging system was played, with no information on any other languages besides English.

“We don’t have anybody that speaks Creole,” said the operator from the Office of Housing and Community Development. After spending one minute trying to get me to understand her, she breathed a sigh of defeat and said, “You’ll have to come in.”

As I began to speak Haitian-Creole to the operator from the Office of Emergency Management, she quickly responded, “English and Spanish are the only two languages that we speak here.”

At the Health Department, the operator was polite, but she put me on hold for a few minutes after failing to help me write a number down in English. If I really did not speak English, I would have hung up. “I don’t know,” she said in frustration, and then sarcastically uttered, “This is really great.”

I hung up after that.

Perhaps the most shocking response came from the Sheriff’s Department. When I asked if there was anyone who spoke Haitian-Creole, the operator responded, “No, I’m sorry. You have to have someone who speaks English.”

It’s the law for these agencies to provide interpretations, but many of them will want the caller to provide their own interpreter.

I experienced a bit of frustration trying to get the operators to understand me. I can’t even begin to imagine how an LEP resident would feel during an emergency or a time of need. With over 11 percent of Nassau County residents who speak “less than well” English, it is imperative that they are provided with interpretation and translation that will aid them in taking care of themselves and their families.