When she heard what happened in Orlando, early Sunday morning, she could not stop thinking and worrying about the future of her son, Carlos Agustin, a 20 year-old gay, Latino. Paola Jimenez, 38, is the proud mother of Carlos and she is scared that her son could be a victim of an act of terror targeting the LGBT community.

But as the mother and son raised their candles while praying and singing at the vigil Monday night in Bay Shore, they felt much better and realized that there is still hope that something like this will never happen again.

“You feel the support and everyone who came here and spoke just brought everyone together and showed how sad are all these things and how tragic they are, and the things that we can do to overcome them and prevent them,” said Jimenez, who went to the vigil to show support for her son and the LGBT community. And although she confessed that when she first knew about her son’s sexual orientation it was difficult to accept it, her love as a mother “goes beyond everything.” 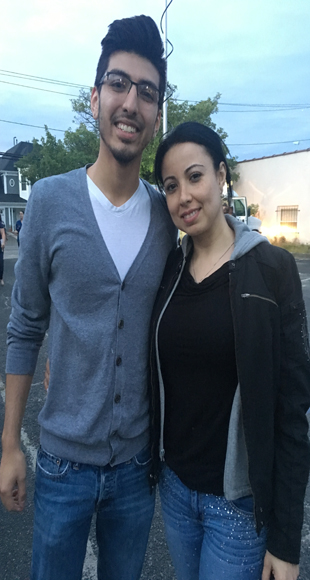 More than 1,000 people, mostly members of the LGBT community, attended the vigil to honor the 49 victims who lost their lives and to reject racism and discrimination against all minorities.

David Kilmmick, Chief Executive Officer of the LGBT Network, the group that organized the event, said the massive presence of people at the vigil was a signal of hope that the Long Island community is strong enough to challenge hatred and to ensure that tragedies like Orlando don’t occur here.

“I think it’s beautiful that so many people of all races, genders, sexual orientations, religions, came from all across Long Island to support the LGBT community, to support the people of Orlando,” said Zachary Baum, 23, from East Setauket. “It’s heartbreaking what happened but it’s nice when we can all come together and reject that kind of hatred and that’s what we are seeing here.” 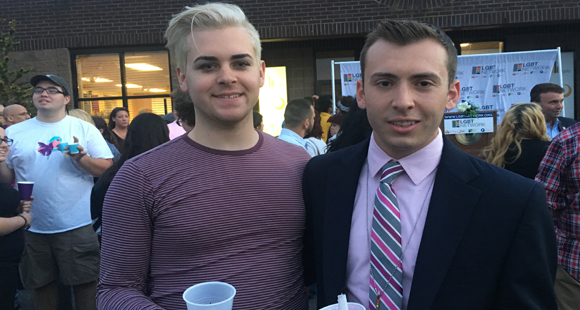 Xander Simon, 17, speaking in front of the audience said that through this tragedy people must unite and overcome. “We have the power of love, the power to spread out the message of peace and acceptance,” she said. “We will not be ignored. Our pride and our spirit will lead us to overcome every obstacle.”

Suffolk County Executive, Steve Bellone, attended this event in support of the LGBT community. Likewise, Tim Sini, Commissioner of the Suffolk County Police Department said there is no specific threat in the county but they will increase patrols around community centers, bars, malls and various neighborhoods. 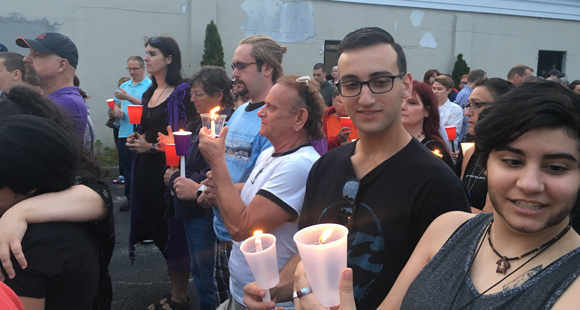 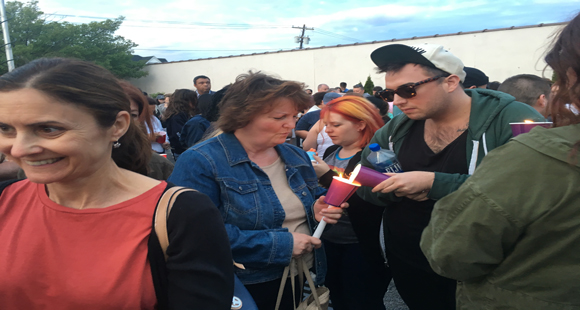 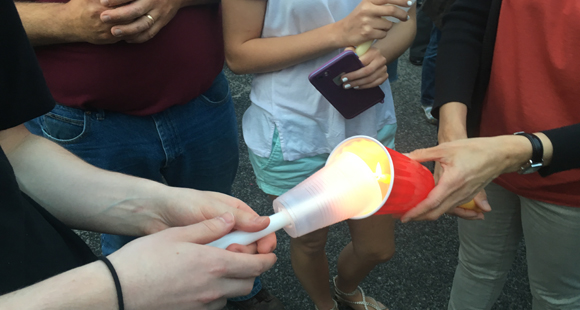 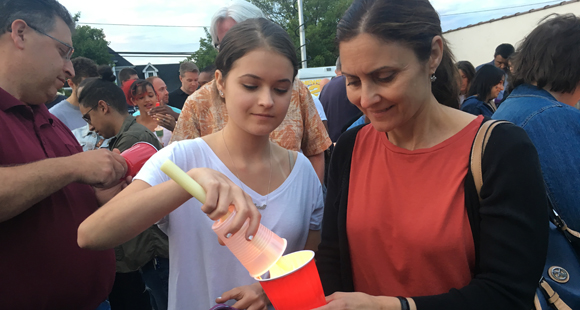