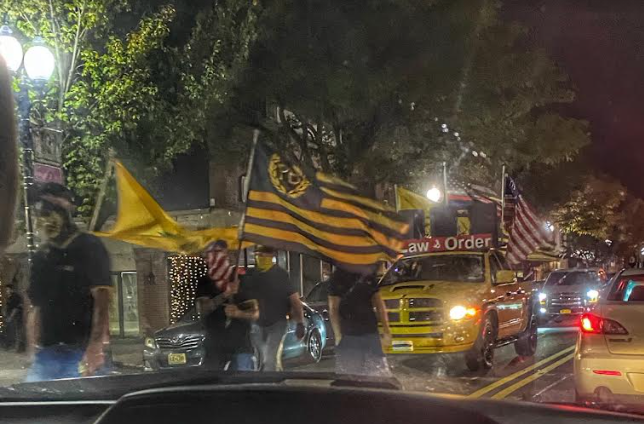 The Proud Boys held marches on the streets of Patchogue and Bay Shore on Saturday. In both villages, the violent anti-immigrant gang took over the streets, apparently without a permit. The group was reportedly at a community gathering earlier in the day, apparently trying to recruit supporters.

Eyewitnesses say that police were not on the scene and no effort was made to block the group from marching. On Monday stickers were found in Bayshore with the group’s emblem and the words “Long Island Proud Boys” on them. Here is a photo of a sticker in Bay Shore.

A passerby in a car snapped these photos of the march in Patchogue. The photographer described the march as a small group of men in dark colored clothes. The group was followed by a yellow truck with Proud Boy symbols. The driver of the truck glowered menacingly at people watching the march. 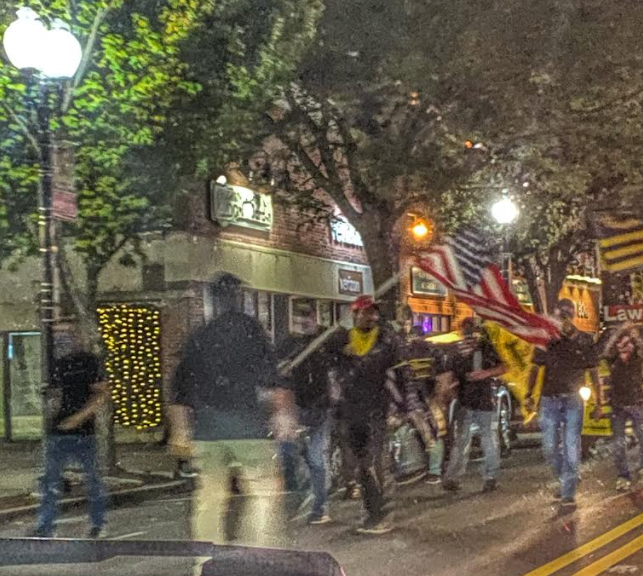 The PB on the flag stands for the Proud Boys.