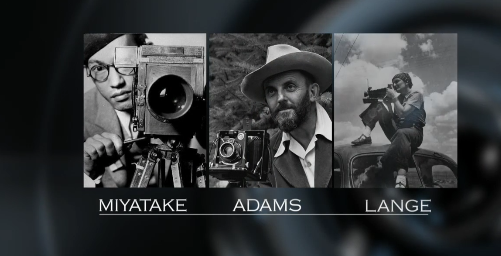 This week, we’ve been sharing a series of videos that feature stories depicting why we as a nation need to pass comprehensive immigration reform.

This video features footage from “Three Lenses,” a documentary in production about World War II Japanese American Internment Camp, Manzanar, and the 3 famous photographers who photographed there, Ansel Adams, Dorothea Lange and Toyo Miyatake. Through their photographs, interviews with former internees, historians and others, we’ll learn why and how each photographer ended up at Manzanar. This true story from the past tells the painful lessons we learned as a country about freedom and racial inequality, but may now be forgetting.

This short film was among three that won the 2013 AbelCine Documentary Grant. The filmmakers will receive a $33,000 equipment grant to be used to help finish the production of this documentary.

When we think about the United States’ involvement in World War II, we think about Pearl Harbor and how those attacks set off a series of events which eventually saw the U.S. join the Allied Forces to defeat the Axis Powers.

In 1942, President Franklin D. Roosevelt signed an executive order declaring that all people of Japanese ancestry were to be excluded from the entire Pacific coast and to be placed in internment camps. The U.S. Census Bureau even assisted the internment efforts by providing confidential neighborhood information on Japanese Americans.

In 1988, Congress passed and President Ronald Reagan signed legislation that apologized for the internment on behalf of the U.S. government, admitting that the camps were formed based on “race prejudice, war hysteria, and a failure of political leadership.”

It’s hard to imagine that just a few decades ago, our country was engaged in such a terrible act that forced more than 100,000 people, a majority of them U.S. Citizens, into military internment camps based solely on their race and ancestry.

But racial discrimination has been a recurring theme throughout our history. It happens under different guises and under different government policy names, but in some form or another, our country has routinely discriminated against entire races and ethnicities.

And it continues to this day through our broken immigration system.