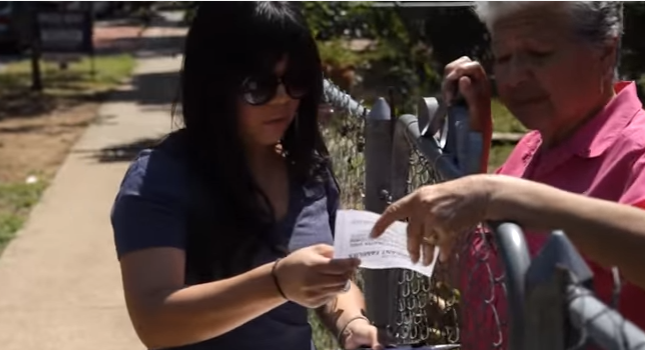 With the government shutdown over, comprehensive immigration reform has returned to the top of the agenda for our elected officials. President Obama has made immigration reform a top priority, calling on Congress to pass a bill by the end of this year.

House Democrats introduced their own version of the Senate bill that passed earlier this summer, and House Republicans have reiterated that they will take up the issue as well.

And now, Rep. Jeff Denham of California is the first Republican in the House to publicly announce his support for that bill introduced by House Democrats. Denham is the first House Republican to join the 183 Democratic co-sponsors of the bill, which closely mirrors the bipartisan Senate legislation without the final border militarization provision that was added.

So this week, we’ll be posting a series of videos that show exactly why we need to have comprehensive immigration reform that brings 11 million aspiring Americans out of the shadows and keeps our families together. The videos will range from personal stories of immigrants themselves to highlights of actions that people are taking to make immigration reform a reality.

First up is a video from President Obama’s own Organizing for Action, which has been fighting alongside us in the push for immigration reform. The group has united thousands of people nationwide to take action for this very important issue, hosting events and actions to drum up support. This video highlights some of the work that they have been doing in recent months.

The push for immigration reform is picking up momentum every day. We need to thank the representatives that have announced support for reform and continue pushing on others to join us.