On August 18, senior administration officials announced major changes to the deportation process. These procedural changes, if implemented properly, are a step in the right direction toward our goal: humane, comprehensive immigration reform.

While there’s a lot of misinformation out there, we’ve compiled the top 10 things you should know about these new announcements.

Here are the 10 things you should know about DHS’s announcement:

1. All 300,000 cases currently in deportation proceedings will be reviewed by senior DHS officials. Immigration judges and ICE trial attorneys will also be reviewing their cases on a daily and weekly basis to make sure that any case that goes forward is consistent with DHS enforcement priorities.

3. “High-priority” individuals include, but are not limited to, those who pose a serious threat to national security, are serious felons and repeat offenders, are known gang members, or have a record of repeated immigration violations.

4. “Low-priority” individuals include, but are not limited to, veterans; long-time, lawful residents; DREAMers and others brought to the US as children; pregnant women; victims of domestic abuse and other serious crimes; and spouses, including LGBT spouses. 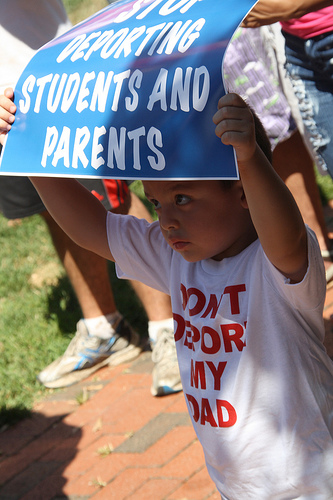 5. Individuals in deportation proceedings who are deemed “low-priority” will get a letter from DHS stating their case has been administratively “closed.”

6. Those whose cases are closed can apply for a work permit program. Decisions about work permits will be made on a case-by-case basis. Undocumented immigrants not in deportation proceedings cannot seek work permits.

7. Individuals SHOULD NOT attempt to be placed in deportation proceedings in order to apply for a work permit.

9. The announcement does not change programs such as 287g and Secure Communities.

10. This is not “back-door amnesty” as our opponents will claim. This is a procedural change in the implementation of DHS’s enforcement policies to target only those who pose serious threats to the US and those with long criminal records.

This post originally appeared on Reform Immigration For America.