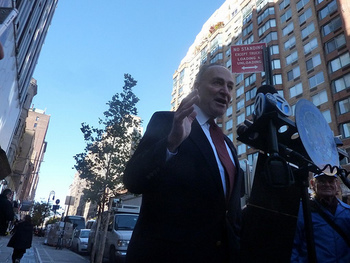 The news that Senators Chuck Schumer and Lindsey Graham are trying to restart the immigration reform effort is welcome, but it should be kept in context.

Reality check: Today’s Congress is decidedly more anti-immigrant than the Congress that failed to pass either comprehensive immigration reform or the DREAM Act last year. At present, the House committee and subcommittee handling immigration are dead set against reform, and it will take a miracle to win all but small changes over the next year.

There is also a weaker immigrant rights presence in Washington. Republican triumphs in statehouses across the country have moved the immigration debate to the states. And this has not been an advantageous change of venue for immigrant interests. With some of the major state coalitions in places like Florida, Texas, and Arizona facing potentially devastating state legislation against immigrants, the ability to mobilize national resources will not be nearly as strong as it was a year ago.

The nascent effort to revive reform in Congress should not be dismissed out of hand, but it should also not distract us from urgent, accomplishable goals, such as demanding that Obama use his presidential power to make life better for immigrants.

That means pressuring the Obama White House to roll back it two-year-old,, community-destroying deportation program, as well as altering regulations that make it difficult for the relatives of US citizens and permanent residents to legalize their status.