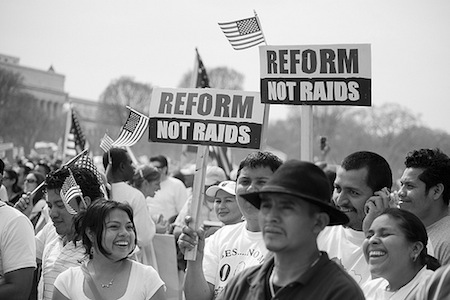 On June 22, several Senate Democrats introduced a new comprehensive immigration reform bill in response to Republican bills in the House that only focus on enforcement. The centerpiece of the House bills is mandating the use of the E-Verify, a federal electronic program meant to verify the work authorization of new hires, but criticized for inaccuracies and encouraging discrimination.

Under current political conditions, neither approach has any chance of passage this year. Federal inaction will likely lead to more mischief by state legislatures following in the path of Alabama, Georgia, and Arizona.