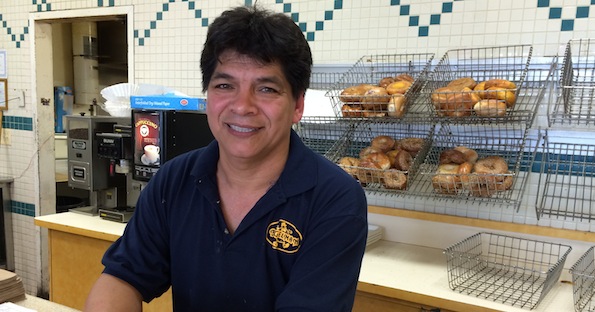 Bagelman has been a staple in Mineola for 15 years. Located just west of Glen Cove Road on Jericho Turnpike, this corner shop in a small strip mall serves fresh, tasty breakfast and lunch to Long Islanders who live and work in the area.

And while many know Bagelman, few know the man behind it.

I got to know the real “bagel man” one afternoon as the business was winding down for the day. Ray Parada, the current owner of Bagelman, is a Salvadoran immigrant who also lives nearby the shop in Mineola with his wife and kids. He bought the establishment six years ago from the previous owner after having worked there for several years. His road to becoming the “bagel man” was paved with many unexpected turns, lots of disappointment and hardship, but also many opportunities.

Ray came to Long Island in 1978, just barely 18 years old, from San Miguel, the third-largest city in El Salvador. His decision to come to the U.S. was one of the first unexpected changes in his life. “I was in high school when I left El Salvador,” he said. “It was the beginning of a Civil War that we had in our country.”

The move meant giving up on his dream of becoming a lawyer in his home country. He trekked from El Salvador through Mexico with only $100 in his pocket, and crossed the U.S. border. He stayed first with his sister in Houston, and then later moved to Great Neck to be with his brother.

“When I came, like many immigrants, with no papers, no green card, nothing, not even the language, I didn’t see much of a future except to work,” he said. Ray took a job as a landscaper, but was not content with the work and was still reeling from the loss of his professional dreams.

Driven and determined, Ray started taking English classes. “I said to myself, ‘I may not be a lawyer, but I am going to make sure I learn English.’”

Ray registered for ESL (English as a second language) classes at one of the public schools in Great Neck. “When they saw that I was learning fast, they offered me a program that could get me a GED. I saw that as another opportunity,” he said.

He earned his GED, but found he had hit a ceiling. Without legal status, he was not able to go to college. So Ray began working a series of jobs in order to save money.

One of his biggest opportunities came in 1986, when President Ronald Reagan passed the Immigration Reform and Control Act (IRCA). Ray jumped at the chance to obtain legal status. At last, he could fulfill his professional dreams!

“[The IRCA bill] opened for me a better life and better opportunity,” he said.

After applying for legal status through IRCA, Ray, then 26, began taking classes at Nassau Community College. Now he had a new professional dream: to enter the relatively new field of computer programming.

“But education was so expensive,” he lamented. “And just to have your green card is not enough. You need a job and good salary to cover all the expenses: food, house, and transportation.”

Unfortunately, Ray was only in college for a year before financial and family obligations pulled him away from his new professional direction—only to propel him toward another.

“I was working as a driver when I met a Jewish guy who invited me to work in a bagel store,” he said. “So I started working part time in the bagel store and on the weekends I learned the business. But I wasn’t interested in becoming a ‘bagel man.’ It happened by accident.”

Some years later, the previous owner decided he was not going to renew the lease and continue the business. So he offered Ray the chance to buy the store from him. Ray accepted, using money he and his wife had saved, rather than take a loan from a bank.

Ray is proud of having taken advantage of every opportunity available to him, and he tries to instill that value in his children. “I talk to my kids all the time that they have the opportunity to become anything,” he said. “The challenges [for them] are not as much as they were for us. If we can make it with all the adversities that we faced—no language, no money, and no green card—the challenge is for you to take the next step. There is no excuse for them not to make it.”

In addition to challenges related to his status, Ray said one of hardest adjustments in coming to the U.S. was all the different cultures and communities he had to learn about. “When I came I thought I was going to have to learn one culture, which was the United States—but, no! I started learning there is a Jewish community, a Spanish community here, a black community here,” he said.

He said today’s undocumented immigrants want to be citizens just like he did. “Just give us a chance and we can prove that we are somebody else,” he said. “We only need that opportunity.” 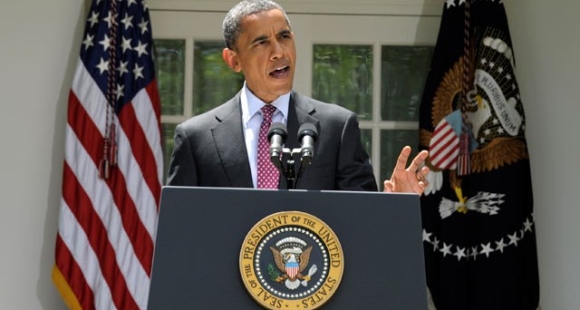 ICE Issuing Notice to Appear for Court With “Fake Dates”