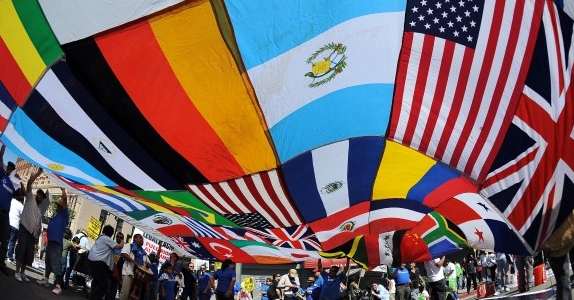 While most of the talk on immigration reform has been around the path to citizenship for the 11 million undocumented immigrants already in the country, the fact is immigration reform would help all immigrants, whether they are already here or not and regardless of race.

Comprehensive immigration reform would provide economic benefits for all immigrants as well as native-born Americans, as newly legalized immigrants would be able to contribute substantially to economic growth, increased wages, and productivity.

Furthermore, reform will eliminate the long waits associated with large backlogs, lift skilled worker caps, and change family visa categories. And while the proposed Senate bill would eliminate the Diversity Visa it would establish other pathways for these immigrants to come to the U.S.

According to the Center for American Progress, immigration reform would clear the backlogs, allowing families that have been waiting for years to reunite. There are an estimated 4.3 million people waiting for family visas, and 4 of the 5 countries with the largest backlogs are in Asia (Philippines, India, China, and Vietnam). Waiting times for relatives from these countries range from 12 years for China and India, all the way up to 23 years for the Philippines.

The Senate bill provides additional visas to ensure that this backlog is cleared within the next 10 years, ending family separations.

The bill eliminates the preference visa category for the siblings of U.S. citizens, and places an age cap of 30-years or younger on adult married children. These restrictions will disproportionately hurt Asian immigrants, 55% of whom came through the family-based system in 2012.

Nevertheless, the bill also promotes family reunification by raising the per-country caps on family migration from 7% to 15% of all visas, and by making the spouses and children of legal permanent residents exempt from numerical limitations. Both of these changes will benefit countries such as India, China, and the Philippines, which have long backlogs of people waiting for visas.

In its place, the bill includes a provision in the new “merit-based” visa system that people from diversity visa eligible countries get a special allocation of points. In addition, an amendment from Sen. Chuck Schumer provides up to 10,500 new temporary visas for sub-Saharan and Caribbean Basin countries.