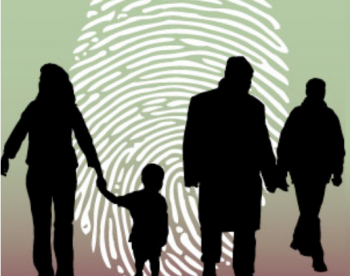 A new report from the privacy group the Electronic Frontier Foundation says that ramped up police fingerprinting of immigrants is posing serious individual rights questions. According to The Huffington Post:

Police officers have drastically increased their use of fingerprinting technologies to track immigrants and non-criminals, according to a new report. Some immigrants rights groups are speaking out against the new technologies used for immigration enforcement, calling them a violation of privacy.

The report released last week by the Electronic Frontier Foundation and the Immigration Policy Center, both policy research organizations, claims that day laborers and immigrants are stopped at random, and submitted to fingerprint testing. Jennifer Lynch, who authored the new report, believes that the expansion of biometric data collection programs should raise concerns for the average American.

“These day laborers are not suspected of any criminal activity that we know of,” Lynch told the New American Media. “While most of us would be really suspect if a police officer randomly asked us to submit to a fingerprint scan on the street, when you feel like you have little voice in society and you lack power to challenge authority, I think harassment like this is a big issue.”

Lynch argues in her report that increased legal protections against biometric data collection could benefit not only immigrants, but all people in the U.S.

Earlier this month, the Obama administration expanded the Secure Communities program, a contentious federal initiative which expands the practice of fingerprinting immigrants, into Massachusetts and New York, despite opposition from the governors of those states. Last year, New York’s Governor Andrew Cuomo tried to opt out of the program.