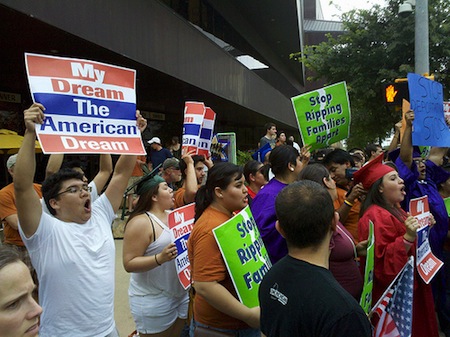 U.S. Immigration and Customs Enforcement (ICE) has announced that it will audit the I-9 records of 1,000 companies throughout the United States to see if the employers are complying with employer sanctions laws. The audit will likely result in mass layoffs of undocumented workers, as it did during an earlier round of audits late last year.

The audits are being denounced by the U.S. Chamber of Commerce as an expensive fishing expedition that will cost corporations millions of dollars. Immigrant advocates say the mass firings will simply drive undocumented workers further underground.

President Obama has made numerous overtures to the disaffected Latino electorate in the last three months, but news of new layoffs caused by this initiative will not help his standing among Latinos.