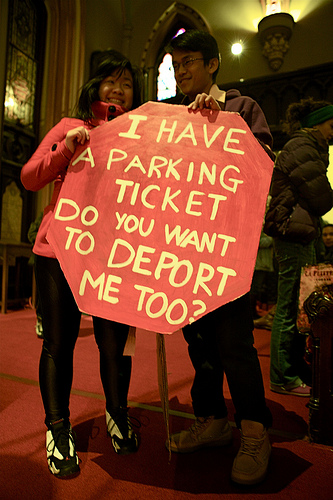 An interesting ruling by the 9th US Circuit Court of Appeals on Monday temporarily halted the deportation of seven undocumented immigrants.

The court said it wanted an explanation from the Obama administration of why none of the seven is entitled to a favorable exercise of prosecutorial discretion. The prosecutorial discretion program began last summer, and has been administered inconsistently around the country ever since. Under it, immigrants facing deportations were supposed to have their cases reviewed and be allowed to remain in the United States, if they met certain criteria.

As it has been put into practice, some U.S. Immigration and Customs Enforcement districts seem to have made an effort to engage in fair reviews, and others have not. Even more problematic, lawyers tell me that they often don’t know why one case was found to warrant a favorable exercise of prosecutorial discretion, while another did not.

The Ninth Circuit seems to be saying, “Let us know why you made the decision to deport.”