Whether highlighting the struggles of Tibetan nuns against government persecution or documenting the post-earthquake crisis in Haiti, photographer Ana Elisa Fuentes has been able to tap into the character of women across the world through her work.

Now, in honor of Women’s History Month, the Mexican-American Navajo photographer will exhibit a collection of her images at the Holocaust Memorial and Tolerance Center of Nassau County, beginning on March 12 (For more info about the show and a special program on March 18, click here).

Here are some of the photos that will be included in the exhibit, with captions by Fuentes. 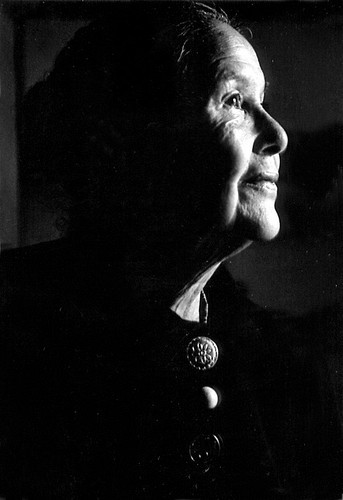 This photograph is special to me because it is my mother. She had been visiting me in Los Angeles. This nice, warm, ?ltered light was coming
through my apartment, she turned her head, my camera was literally at hand and click! This was created on Tri-X black and white ?lm. The light captured her in the most noble way and this is the way I will always remember her. 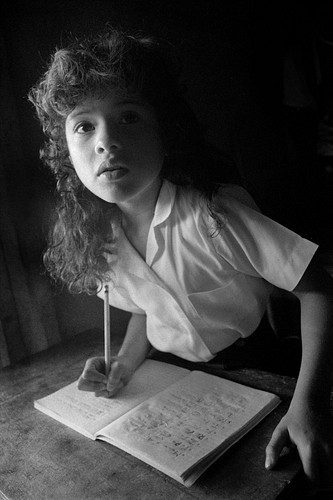 I had been on a trip through Central America and an NGO from my hometown asked me if I was interested in doing some documentary work for them. Children of the America was a non-pro?t that sent money to children who were refugees of war. This young girl was attending school in San Miguel Desemparados, a small town outside the San Jose, Costa Rica. It was a classroom with the bare essentials. Again, beautiful, natural ambient light coming through. I waited for her to look up, and click. Recorded on Tri-X black and white ?lm. 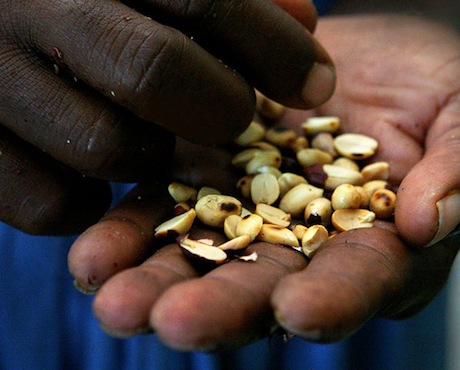 I like the hands. They say so much. I believe you can tell just as much about the life of the person from their hands as from the expression on their face. Sometimes the face can disguise, but not the hands. This is a portrait of one of the women in the Mache Lakay cooperative in Central Haiti. The women’s cooperative roasts and grinds peanut to make their own special brand of peanut butter. This successful enterprise gives them personal and financial independence. 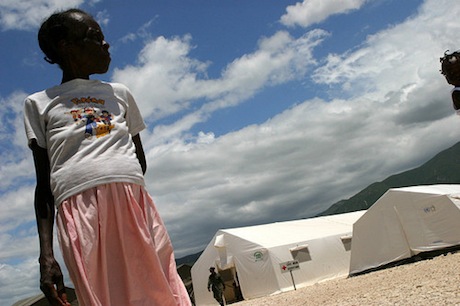 This is an assignment I will never forget. I accompanied the American Jewish World Service and Direct Relief International to Haiti. Our mission was to bring medical supplies to the undeserved population after the earthquake. It was July 4th, and we were at the border of the Dominican Republic and Haiti. Had we not been there that day, the camp would have closed. Our presence really made a difference. People were in dire need of medial attention and care. They needed the basics. Had the refugee camp closed, there would have been hundreds of stateless people. People without identi?cation, food, water, or clothing. 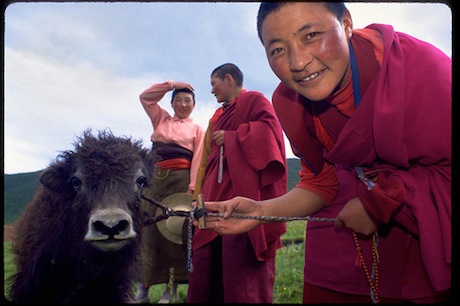 Sometimes photographs seem to happen as by magic. All the elements come together effortlessly—light, composition, weather, ﬂash on camera. This was one of those times. I had gone for a walk with my camera and all of a sudden these three nuns came by and she brought a dry or baby yak in front of my lens. Click!

This image was recorded during the 30-year memorial of the Freedom Summer and the Freedom Riders. As I mentioned in my other photographs, hands say so much, and in this photo, the hands joined together speak of unity and the healing of a segregated nation.