Last week, British photojournalist Tim Hetherington was killed while covering the ongoing conflict in Libya, a reminder of the inescapable danger that accompanies war reporting.

Hetherington is best know for co-directing the documentary Restrepo, which follows a group of US soldiers deployed to the Korengal Valley, one of the most dangerous parts of Afganistan. After reading about Hetherington’s death, I decided to watch Restrepo.

The documentary is an intense account of modern warfare, giving the viewer an up-close look at the physical and psychological risks of combat, as well as the fraternal bond formed among soldiers as they endure the constant stress of the battlefield.

Early in the documentary, Restrepo is killed in action, devastating members of the platoon. Soon thereafter, the platoon braves enemy fire to establish a new observation post that they name “O.P. (Observation Post) Restrepo” after their fallen comrade. 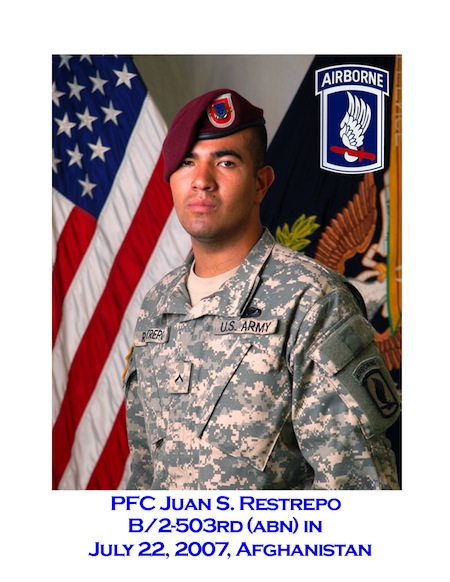 In many ways, Restrepo becomes the film’s hero. Through the worst of the fighting, the members of his platoon reminisce about him—his flamenco guitar playing, his boozy carousing—and the name of the observation post keeps the memory of his death fresh in their minds, even with its painful associations.

While the film doesn’t mention it directly, Restrepo was an immigrant. A naturalized US citizen, the medic was born in the 387,000-person Colombian city of Neiva and moved to Florida with his mother in 1993.

He joined the ranks of thousands of immigrants willing to risk their lives for their adopted homeland. As of February 2008, a combined 65,000 immigrants were serving in U.S. Armed Forces, representing 5 percent of the overall military.

With this patriotism comes a bitter irony: Despite serving their country, many immigrants still face anti-immigrant laws in their home states.

For example, had Restrepo returned home alive, he would have found a Florida where state legislators are considering adopting an Arizona-style“show me your papers” law that would target Latinos. All the same, Restrepo’s mother said that “he loved this country.” 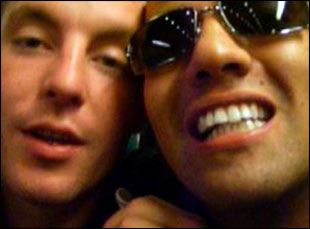 The Miami Herald wrote a profile of Restrepo after the release of the film, referencing his immigrant heritage and his pride in the US:

After her son’s death, Pardo said her “life went upside down.’’ She asked the Army to fly his body to Colombia, which it did.

The Army, she said, “has been wonderful.’‘

The family left the house on Fifth Street. Pardo spent two months in Bogota before returning to Broward.

“It was worse [in Colombia] because everyone was talking to me about him, and I couldn’t stand it,’’ she said.

On Veteran’s Day 2007, in a ceremony sponsored by American Legion Post 36, Pardo placed a brick inscribed with her son’s name on Fort Lauderdale’s Riverwalk.

Both she and son Pablo, 9, have been in counseling.

When she talks about Juan Sebastian, Pardo careens from levity to misery in seconds. She has cried endlessly over the big questions, like who’s to blame, and whether her son’s sacrifice accomplished anything.

And, in the midst of a fierce national debate over immigration, whether anyone realizes that Juan Sebastian Restrepo, who once called himself “the Colombian beast in the Middle East,’’ died in service to an adopted flag.

“He loved this country,’’ his mother said.

Yet she chose to bury him in Colombian soil. Anything else would have been “another trophy for George Bush,’’ who sent her son to war.

She weeps not just for Juan Sebastian, but for every kid who fought and died—there, and here.

“The kids who come home and commit suicide—they are the real heroes. All of them, we should respect.’‘

She finds solace in the fact that Afghan civilian casualties in the Korgenal have fallen dramatically. And she has forgiven “the kid’’ who killed her son.

“I don’t see them like killers, terrorists. It was another kid.’‘