The parade that almost didn’t happen was as festive as ever this Sunday, as tens of thousands of Long Islanders came out to celebrate the Island’s oldest Hispanic parade.

The 47th Annual Puerto Rican/Hispanic Day Parade is a celebration of that pride. A sea of families decked out in red, white, and blue attended this year’s parade, waving Puerto Rican flags up and down Brentwood’s Fifth Avenue. The parade, which begins its route in Bay Shore, traveled north through the heart of one of Long Island’s largest Latino communities.

The history of the Puerto Rican/Hispanic Day Parade dates back to the 1960s, when the first Puerto Rican immigrants that settled in the Brentwood area wanted an event to celebrate their heritage and culture. The trend of Hispanic immigration continues to this day, with towns such as Brentwood home to substantial Latin American immigrant populations, each with their own cultures and traditions. The pride and community spirit was very much alive on this hot summer day, even with the increasing diversity of the backgrounds of the parade’s attendees. 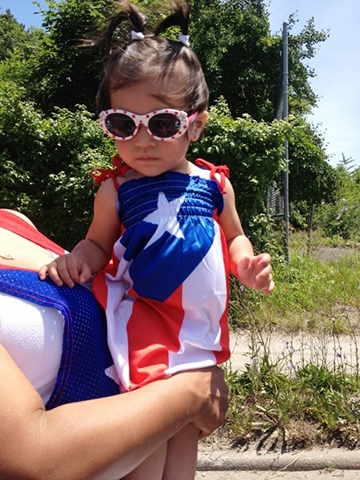 Dominican flags were intermingled with the Puerto Rican star and stripes, alongside many other Latin American nationalities. The Brentwood Latino community, once largely Puerto Rican, is now home to a very diverse mix of immigrants, including many Central Americans.

But the flavor of the parade remains largely “Boricua.” Shaved ice carts and pinchas (Puerto Rican kebabs) were on offer and the floats coming down Fifth Avenue were draped in oversized Puerto Rican flags and blasted salsa music.

But things weren’t always so cheerful for the parade. After Adelante of Suffolk County cancelled the parade in 2012 due to a lack of funds, local community leaders stepped in to fundraise and keep the tradition alive. 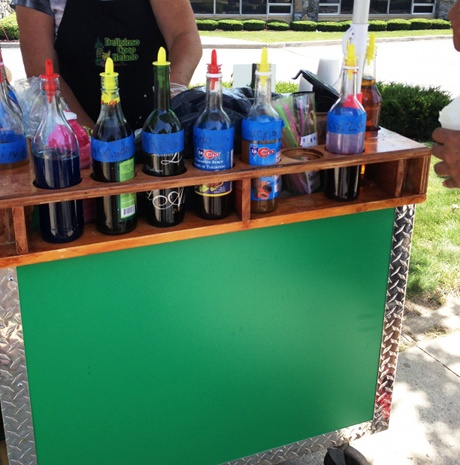 A vendor sells traditional shaved ice drinks, or piraguas, to a hot and thirsty crowd

Espada told Long Island Wins that 2013’s parade boasted record attendance—estimated at 40,000 to 50,000 and from all over Long Island. 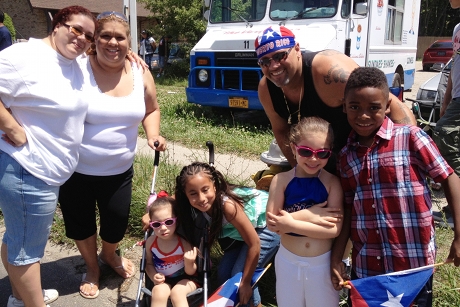 “The idea of the parade is to show and celebrate the Puerto Rican community for being the pioneers, for setting up the bilingual resources, for opening the door for all the newer groups,” said Espada.

“It’s a chance to show our children who we are, why we are here, and why we are proud of our culture, our country, our community and our language,” Espada said in a video invitation to sponsors and the public earlier this month.

The parade’s attendees, ranging from babies to adults, and dogs to lizards were happy to see the parade march down the street for another year. Families held barbecues and house parties along the parade route while children ran around blowing festive horns and waving flags. The many elaborate red, white and blue outfits and costumes, and the overall energy were impressive and showed a community very much alive and dynamic, just like the parade. 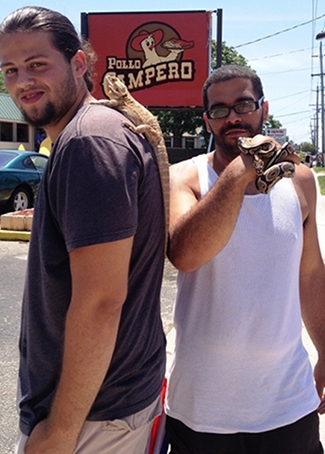 Nick Castellano and Christian Pellot, both of Brentwood, show off some of the many non-human parade attendees 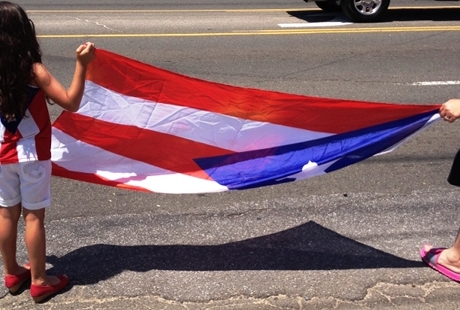 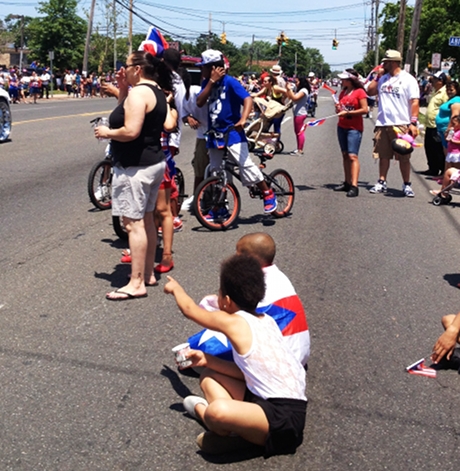 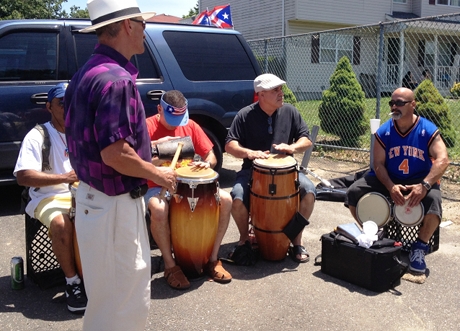