Gil Bernardino is a man who likes to dream big.

More than 30 years ago, he established Círculo de la Hispanidad, a Hempstead-based organization that provides services to families across Long Island. Then, in August 2010, after 20 years in the making, he opened the Green Center in Hempstead, a multipurpose eco-friendly building that serves as a charter school in the morning and as a reception venue in the evening.

Now Bernardino has another big project.

It was precisely 10 months ago, when he was finalizing details for the inauguration of Círculo’s Green Center, that he voiced another of his dreams: Making a film festival. 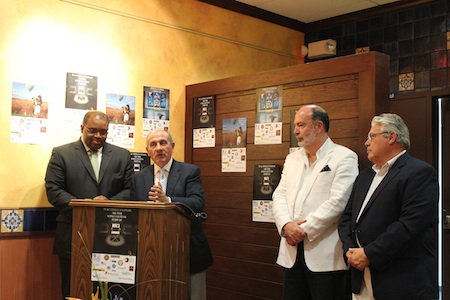 For nine months, the organizers of the festival have been working long hours to make the project a reality. (From left to right: Timothy Williams, Gil Bernardino, Alfonso García Osuna, Rodolfo González)

Dr. Alfonso García Osuna, language professor at Hofstra University, film writer and passionate fan, happened to be at that meeting and immediately offered his help to make the festival happen.

“It was amazing,” remembers Nancy Iglesias, event planner and one of the organizers of the festival. “Gil was talking about how much he will like to do a film festival at the Green Center, and a week later Alfonso brought this whole proposal. He had actually sat down and thought about it…It was Gil’s dream, Alfonso put it on paper and he spoke to me, I took the rings and we just put it together.”

Now, the Long Island Hispanic Film Festival is close to becoming a reality. The event is scheduled for October, and the organizers, which include festival veterans like Joshua Jackson, cofounder and organizer of the St. Barth Film Festival, are working long hours contacting filmmakers, choosing films, and finding sponsors for the big event. 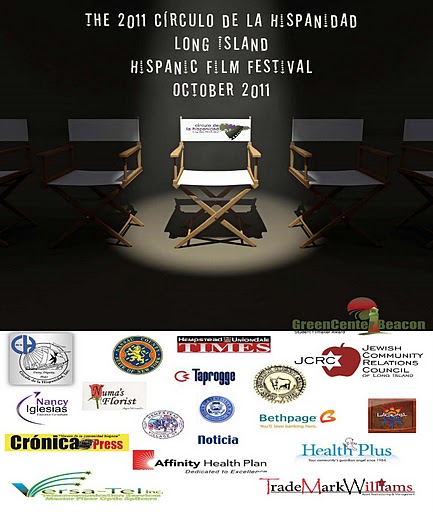 The films are being carefully chosen by the organizers to reflect the reality that Hispanic immigrants face in Long Island. Selections will include short films, feature films, and some classics.

“We have chosen movies that show how difficult is to leave your country, and have to make a new life,” said Rodolfo Gomez, university professor and organizer. “Of course, we know that people also wants to have a good time watching movies, so we try to keep a balance between drama and comedy.” Movies will be in Spanish with English subtitles, and some selections from Colombia, Panama, and Spain have already been finalized.

The festival will also be a platform to local filmmakers, including students, who can submit their projects for evaluation, and to encourage submissions, the organizers sent letters about the festival to Long Island school districts.

Along with screenings, entertainment industry experts will also hold lectures in which they will talk about their jobs and their experience making movies. 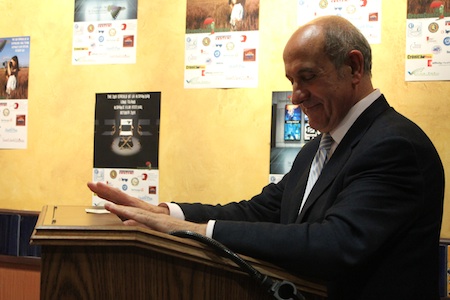 Bernardino at a recent press conference for the film festival.

Bernardino believes his festival will be a huge success and hopes that this will be the beginning of a tradition. He says that he wants the event to impact Long Island and beyond:

“The festival can certainly become an annual international event with significant financial benefits for our region.”