Gilda Ramos found out when she was a teenager that she had an amazing facility for language. She learned English while still a high school student in Peru and later learned German. She moved to Germany where she lived for two years before marrying an American and immigrating to the United States.

Moving to Suffolk County, she was surprised by her new life in the United States. It was not the country she knew from movies and television. That America was vibrant and urban. In Shirley in eastern Suffolk where she lives, she says, everything was closed by ten at night. “I did not expect it to be so provincial,” she told me in an interview recently that I did in preparation for the November 21 award she will receive from CARECEN.

Gilda found work teaching Citizenship Preparation for the Patchogue-Medford School District. “There were a lot of Ecuadorians that I would meet in my work,” she says. “When I lived in Germany, I saw how the Turks and other immigrants were looked down on if they didn’t know the language,” and Gilda says she “saw the same thing for the Ecuadorians here.” The Ecuadorians that lived in the village came from a rural community and, she says, she saw “they needed to learn English to be part of the local society.” Gilda says that in teaching English she was “opening a window they could see through.”

In 2005, Gilda began working for the Patchogue-Medford Library organizing English classes and other programs. She became “the Spanish-speaking lady at the library” for the hundreds of Latinos living in the neighborhood. They came looking for her for help with all kinds of problems. When asked if it bothered her that so many people relied on her as a resource, she laughs that “when people who came to this country for a better life for their children ask you for help, how can you say no?”

In 2008, Gilda noticed that attendance at her classes was slipping. She got her students together and asked what was wrong. They told her that gangs of white youths were attacking Latinos on the streets and that lately these young men had realized that they could find victims after her classes. Gilda was aghast. She notified her superiors and through them local public officials. Nothing happened until a couple of weeks later, Marcelo Lucero was murdered.

In the months after the killing, Gilda used her time to interpret for dozens of victims of hate crimes and police abuse in Patchogue. “Because someone doesn’t speak English, his voice wasn’t heard in Suffolk,” she says regretfully, “but when I interpret for that person, I give him a voice.”

During the months leading up to the killing, attacks were going on regularly. The immigrants in Patchogue felt that their “lives were not important to the police,” Gilda says, because they knew they were not being listened to. “This was known,” she says, “and Marcelo’s death could have been avoided if the Ecuadorans had been listened to.”

Gilda Ramos and her contributions to the community were an important part in forcing Suffolk to listen to the immigrants of Patchogue. She was a voice for the voiceless victims of hate crimes. She has continued to speak out for an end to the violence. She has also helped pioneer outreach by her library to the immigrant community. Today, she is building bridges in a village that was separated by hatred. 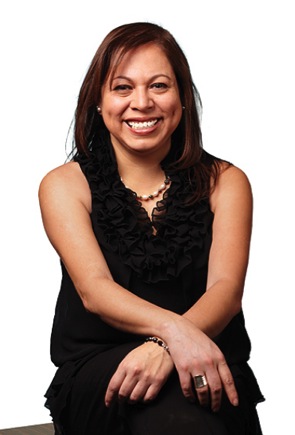