When I first moved to New York about nine years ago, I lived in a five-bedroom East Village apartment, a flophouse of sorts where rooms changed hands every few months. An actor, a student, a musician, a graphic designer—dozens of people passed through that place in the course of a couple years, so many that I can’t remember them all, and I’m sure some of them don’t remember me.

Several of my roommates from that era, however, have become good friends, including Karan Gera, a 36-year-old entrepreneur who recently co-founded Monsieur Singh Lassi Bar in Westchester County. The lassi, for those who aren’t in the know, is a popular Indian drink that mixes fruit, yogurt, and spices, to delicious effect. 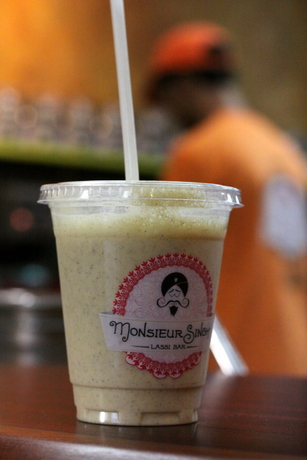 Karan is an immigrant to the US by way of India. He was born in England, raised in New Delhi, and moved to New York City to work in marketing in 2004.

After a brainstorming session with some friends in India sparked his interest in a lassi bar, he partnered up with the owner of an Indian restaurant in Mount Kisco to open a combination spice store and drink shop down the street from the restaurant. 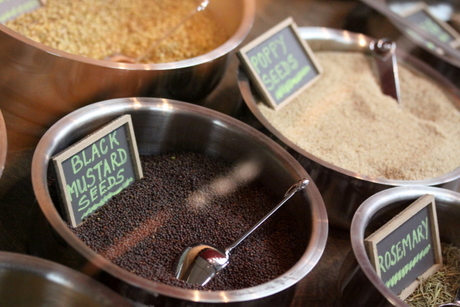 A few weeks ago, I took a ride up to Mount Kisco to visit Monsieur Singh Lassi Bar, where Karan gave me a quick tutorial on how to make an authentic lassi.