Coming to America: A History of Immigration and Ethnicity in American Life (Second Edition) 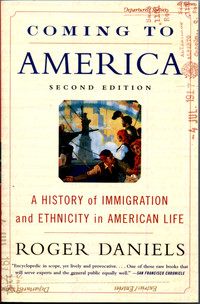 I’m often asked what I consider the best introduction to the 400-year history of American immigration. My response for more than a decade has been Coming to America: A History of Immigration and Ethnicity in American Life by Roger Daniels. In less than 500 pages, Professor Daniels does a fine job of telling how 300 million of us got here.

Daniels’ lively book deals with everything from the fine minutia of immigration laws to the code of behavior at German American drinking establishments in the 19th century. In that vein, the author is as comfortable describing how immigration was driven by the Irish Potato Famine in the 1850s as by globalization today.

Since Daniels is a rare expert on the breadth of American immigration, he is able to make many thought-provoking comparisons between modern and older waves of immigration, as well as between different ethnic streams coming to the United States.

The author writes knowingly about the worlds immigrants have built for themselves in America and about the ways they struggled against prejudice and built paths to success for their children and grandchildren.

The book, however, is no pollyannaish success story. Daniels writes about the newcomers who were ground down by nativism and economic exploitation as well as those who climbed to the heights of American success.

And he includes the story of American xenophobia as well as the better-known one of welcome. 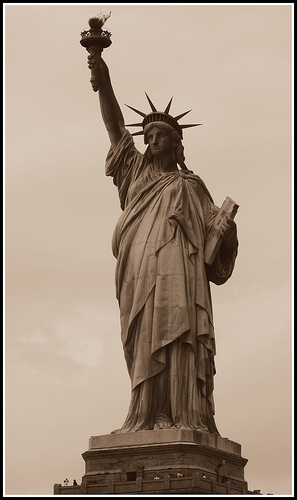 I appreciate Daniels’ willingness to go beyond descriptions of nativist ideology and actually confront anti-immigrant sentiment.

For example: Daniels addresses Alien Nation: Common Sense About America’s Immigration Disaster, a bestseller published by former Wall Street Journal reporter Peter Brimelow in 1995 and ideologically in step with the anti-immigrant views of VDARE, a group helmed by Brimelow.

Daniels calls Alien Nation a “farrago of racist bias and half-truths.” Coming to America is not the sort of scholarly book you’ll fall asleep reading.

If you are an immigrant, read this book so that you can learn about the dual traditions of American welcome and American rejection of the foreign born. And if you were born here, as I was, read it so you can find out what grandpa and grandma went through to give you a better chance in life.