I remember that in 2005 my friends and I found out they were hiring in another factory that was close to Ruby’s costume warehouse. We went over during our break hour and applied at that factory because we heard that there the work was permanent and not seasonal.

While we were still working at Ruby’s, they called us from the other factory, and three friends and I went to work there. I always looked for work with my friends, and we all started working together. I was never selfish because I always took along three friends with me to start a job because those of us who have God in our hearts always share what God gives to those of us who serve the Lord.

And when we started working there, it was a small factory, there weren’t many machines and there were few people, but envy, racism, and hypocrisy already existed there, even among the Hispanics—the bosses were Hispanic. The women, if there was someone they didn’t like, made that person’s life impossible, and in order to be on the boss’s good side they would lie and say we weren’t doing a good job, that we were letting empty vitamin bottles go by, that we didn’t work quickly, that we spent the day talking with everyone, to the point that the boss would threaten us, that if we didn’t do a good job, if we didn’t fill a 1,000 pill bottles an hour, he’d send us home to sleep. But everything they told the boss was lies, because there were cameras back then.

There was discrimination at that factory, preferences given to certain people the boss liked. I was a victim of all that, me and my friend Daisy. This friend ended up with depression and eventually got sick because they mistreated her a lot. They wouldn’t let her go to the bathroom, and we both had to go thirsty. They wouldn’t let us go to the kitchen. They treated us like dogs. My friend started suffering from liver and kidney problems. In that factory we’d work 12 or 13 hours, and they wouldn’t pay us overtime. They’d pay us only eight hours, that’s it, and the overtime they kept for themselves. And if we went to complain at the office then they’d send us home without pay for entire weeks, only because we’d tried to fight for what belonged to us. And when there were accidents in the factory, the owner would come and fire the injured worker, throwing her out like a dog, without pay. That’s how vacations were lost, and weeks of work and overtime we’d put in went unpaid. But they did demand we work fast. That’s how many workers were exploited and ended up with damaged spines because we did the work of men. And then sometimes the machines didn’t work. It was in one of these machines that my right thumb was crushed.

I was on the bottle packing line. Until four in the afternoon I packed boxes of twelve bottles filled with vitamins, and when I packed them in small boxes I had to pass them through a machine that sealed the bottles. But that machine wasn’t working since that morning. It wouldn’t work when I put the boxes with bottles through it—they’d come out open, not sealed right. I’d told one of the people that fixed the machines that that machine wasn’t working at all, but he didn’t pay any attention. And so I spent the day with that bad machine.

When the midday break of a half hour came, all us women from the assembly line went on break. I remember that I went out together with the rest of the other women to the kitchen to eat. When our half-hour break was over we returned to the line of bottles to work again, each at her post. I had to work in the same post as before, packing bottles and passing them through the bad machine. When I started filling the boxes with bottles the machine was already on, and I placed the box of bottles carefully, and when I placed the box the movement of the band sucked in my right hand, and when I saw my hand my right thumb was completely crushed, a slice of it pinned underneath the band. I cried for help, but no one heard. I cried out to the women, but they didn’t hear me. So then, as best I could, with my left hand I reached the button to stop the machine, and after I stopped the band the line bosses arrived, all really scared at seeing my piece of flesh pinned by the machine.

They tried to get me out, to get my hand out but they couldn’t because half my hand was trapped by the band, and so then they called the machine mechanics, and they couldn’t get my hand out either. What they did was cut the band with a special scissors from underneath, and that’s how they could get the slice of the band out with the slice of my thumb attached to the band, but still attached to my hand. From there they put some bags of ice on me to manage the pain because I fainted from the pain. They took me to the office immediately and closed the door so nobody could see me or know what had happened, and they placed a bag of ice on my head because I was fainting again from the pain, and they left me alone for hours, with my thumb destroyed. They didn’t send me to the hospital. What they did was leave me alone in the office, locked in. And when the rest of the workers and people left, they took me out and sent me to the hospital alone with a worker from there, and they told him to just drop me off at the hospital and to come back immediately. And that’s what the man did, just as they’d told him. That’s why my hand ended up useless. They threw me out just like that. They didn’t pay me any of my time worked or vacations or sick days. Nothing, nothing at all. They didn’t even help me with my hand. 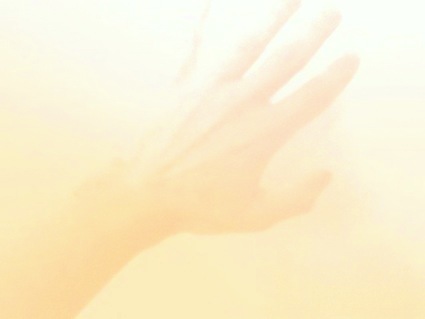 When they called me back to the factory ten days later, they’d called me only so I could sign a letter in English I didn’t understand. And I couldn’t sign anything because my thumb was bandaged up and the injury was still raw and so they made me sign with my left hand, and they didn’t tell me anything. They only said that that letter was for the private doctor who was going to examine my hand, and I told them I wasn’t going to sign that paper because they weren’t telling me the truth. And the new boss of the plant told me that if I didn’t sign that paper for the doctor they weren’t going to help me at all. So then I did what I could with my left hand and made three marks. And once I’d signed the paper they filed it away so that they could present it when I took them to court. And it wasn’t for a doctor, it was for their defense, for their own good. In that letter they made me sign they stated I had voluntarily placed my hand in the machine, that they had nothing to do with what I’d done.

It was then I went to the Workplace Project, because someone had told me that there they helped with these kinds of cases. And when this happened to me, someone took me to the Workplace Project and it was then and there I received the first talks about workplace dangers and accidents and learned that this was a center where they supported people who didn’t get paid at work, who were fired without pay, and how to reclaim unpaid wages.

All of us have rights and can claim what is ours. We can also give advice to others who are discriminated against, tell them there’s a place that can help them claim their rights, invite them to workshops so they will not allow themselves to be humiliated by bosses, inform them that there’s a law for the rights of women. And that is how I’ve been able to help several women who have suffered domestic violence, advise them, take them to the center. Thanks to the Workplace Project I now know how to defend myself at work. And when the Workplace Project provided lawyers on my behalf, I could go to court. And when I went to court the first time, I won the case because I spoke the truth. They presented the letter I had signed—that was their defense—but the court didn’t believe the lie they were presenting. But they believed me, because I spoke the truth.

Elba Ordoñez immigrated to the United States from Honduras more than a decade ago, and currently lives in Hempstead. In the US, Elba has been a factory and domestic worker and has become an advocate for worker and immigrant rights as a member of the Workplace Project.