Show your Quisqueyan pride at the Dominican Day Parade in Manhattan this Sunday, August 14, from 11am-2pm.

The parade, which began in 1982, will take place on Sixth Avenue between 36th and 56th streets, but you’ll also find plenty of smaller parties (and merengue dancing) in Washington Heights.

At the official parade, you’ll be able to hear a performance by the guys who wrote “Ella Quiere Chimi” (“She Wants a Chimi”), a catchy ode to the chimichurri, a Dominican hamburger.

After listening to the song, you’ll probably want to track down a chimi truck this weekend. Here’s one at Sherman Avenue and Dykman Street in Inwood: 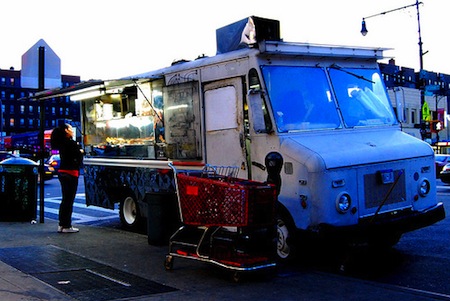