Last Sunday, a diverse range of Suffolk residents gathered in Brentwood to celebrate and share their respective cultural backgrounds.

In its second year, the Brentwood Cultural Street Festival once more served as a platform for local artists, the majority of whom were of a Latin American background, to exhibit their paintings, photos, and other forms of art.

The event also featured musical, theatrical, and dance performances, and was attended by members of Welcoming Long Island, a campaign of Long Island Wins. 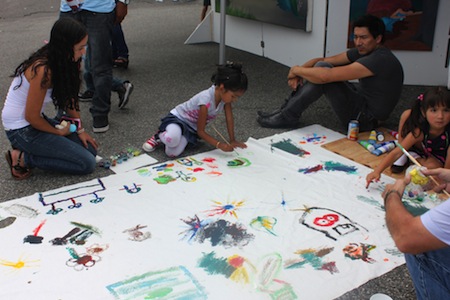 The festival is part of a series of events in the Brentwood area to showcase local arts and culture, and market the bohemian character of the hamlet. The goal is to revitalize downtown Brentwood by stimulating economic growth and attracting new residents.

Organizers hope the festival becomes a tradition within the community and helps people understand that diversity isn’t something to fear, but a strength that can be used to promote understanding and economic development.