The beautiful bowing of a violin opened an unforgettable Easter celebration.

Hundreds of people from Huntington and around Long Island opened their ears, eyes and hearts to the award-winning Gracias Choir this past Easter weekend as they presented the Gracias Easter Cantata musical at Mahanaim School of Music in Huntington.

The Gracias Choir is an 80-member choral and orchestral group founded in South Korea by Pastor Ock Soo Park. The choir has traveled to and performed in 40 countries over a 13-year span, delivering messages of hope through their touching musical performances.

Gracias Choir’s Easter Cantata is an intimate, musical re-enactment of the last days, death, and resurrection of Jesus Christ. Among the hymns performed by the choir were Remember Me, Pie Yesu, and On a Hill Far Away. 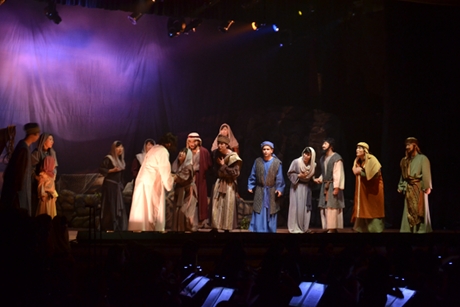 Terry Lee Henderson, Director of Support for Mahanaim School of Music and organizer of the event, said that there were a few messages he hoped viewers would take away from the performance.

“Easter is a time where people start to reflect upon what Jesus has accomplished for them,” said Henderson. “Through that they are able to have a source of hope enter their heart.”

However, while Henderson understands that everyone who attends the Easter Cantata musical may not be of the Christian faith, he believes there is a deeper message that comes through in the performance that anyone can take in, regardless of religious beliefs.

“That is why we have incorporated the acting scenes, where through the actual depiction of the story, we are hoping that the audience will take the vision of hope and selfless love, of why Jesus died,” said Henderson.

This was the second consecutive year that Mahanaim School of Music hosted the musical, which was free to attend for the community. 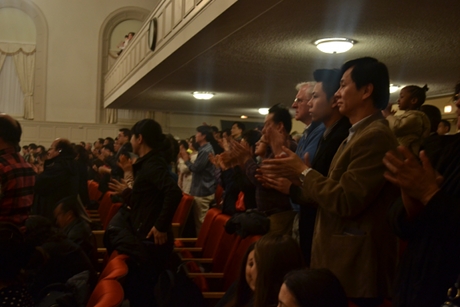 “It was a beautiful experience and I hope to attend more of their shows,” said Erika Sanago, who came with her family from Corona, Queens.

The message Sanago took away upon the conclusion of the musical was that, “we should live day-by-day being thankful.”

Fedora Moncada, another attendee from the Bronx said, “The message I received was the salvation. Personally, it was something I could identify with.”