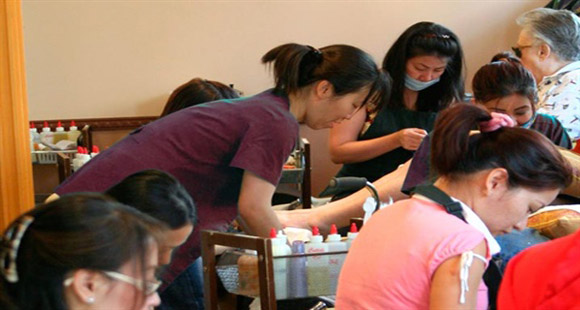 Due to the recent exposure of the horrific work conditions for nail salon workers, New York State authorities instituted new regulations to protect these workers as well as consumers.

The creation of a wage bond policy, to help employees who become victims of wage theft, is part of the new regulations.

Marin also said that a New York Times article found that the majority of nail salons did not even pay workers minimum wage, and in some cases, salons were not paying anything at all to employees, saying that workers were making enough money from tips. Some salons were not giving any kind of break time and employees were working 50 or 60 hours in a week.

A Task Force, created by New York State, found in August, that in 87% of salons that the task force visited, the workers were not given pay stubs, 61% of employers said that they kept no paying records at all, and 43% of the salons were not paying minimum wage and overtime, according to Marin.

Marin said that NYCOSH has been working on injustices in the nail salon industry for years and has been doing a lot of health and safety training for workers in nail salons and other industries as well.