The Battle of Fredericksburg was a shattering defeat for the Union army. What is more, it created a political crisis of the first order for the president. Democrats said that the Republican administration was directly to blame for the disaster. Increasing numbers of Northerners were beginning to listen to the anti-war voices. On December 18, 1862 President Abraham Lincoln warned a Republican senator; “We are now on the brink of destruction.”1

The public reaction of Republican leaders, who tried to minimize the magnitude of the defeat, sounded callous. The Republican New York Tribune editorialized that the battle was of little strategic importance, aside from the men killed and wounded. Lincoln echoed the insensitivity, saying that apart from the deaths, the battle had not ended too badly. This seeming disregard of the suffering of soldiers’ families by the powerful chilled the hearts of New York’s Irish.2 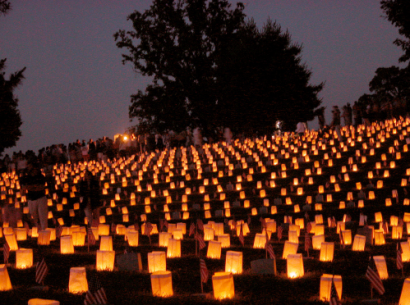 Irish America had learned to mistrust the distortions about the war in the Republican press, in which victory was always imminent and where defeat was explained away as the result of Democratic plots. They relied, instead, on the letters home from soldiers, writing from the field of battle, for war news. Their men told a different story of Fredericksburg from the official version.3

The letters from the Irish Brigade reverberated far beyond the mothers and wives to whom they were addressed. They were passed from hand to hand and some were published in the newspapers of the community. Private William McClelland’s letter describing the battle was published in the Irish American newspaper. He wrote that as the Irish Brigade set off for the front no one suspected “that in so short a time…so many of our poor fellows would have been sent to their final doom.” The Brigade charged the Confederate position on the heights but they were, he said, “mowed down like grass before the scythe.” Many of the men barely had a chance to fire their weapons before they were shot down. When his regiment returned to its old camp, its population cut in half by the battle, McClelland said that he felt “as if going through a graveyard alone; all is dark, and lonesome, and sorrow hangs as a shroud over us all.” There was little talk of glory, grim death dominated his descriptions in his letter.  McClelland himself would be killed seven months later at Gettysburg.4

Captain William Nagle wrote to his father that Fredericksburg had been the “most terrible battle-day of the war.” He said that “Irish blood and Irish bones cover that terrible field to-day.” He despaired that his “once fine company of brave men,” which started with 100 soldiers and officers in it, could now muster only “two Sergeants and three men.” He characterized the Irish Brigade as being in a “shattered condition” and wondered what could be done with it. Most of all, Nagle regretted the uselessness of it all; “The destruction of life has been fearful, and nothing gained.” Nagle blamed the defeat at Fredericksburg on the removal of McClellan by Lincoln and his replacement with an incompetent the result of which was that “We are slaughtered like sheep and no result but defeat.” Republican politics had replaced good sense in running the war, Nagle believed.5

The depleted state of the Irish Brigade could be seen directly by its division commander. General Winfield Scott Hancock, perhaps coming upon Nagle’s own company, saw that only three men were in the line. “God Damn you, why don’t you close up with your company,” he demanded, thinking they were slackers. A soldier responded sadly “General, we [are] a company.”6

The time that followed the Fredericksburg disaster was a “sad one in many a home” in Irish America, according to an officer of the Brigade. The Irish and many other Northerners were “full of despondency for the Union cause,” he recalled. That despond would soon translate into Irish political alienation from the Lincoln administration.7

Video: Johnny I Hardly Knew Ye
This anti-war song was composed in Ireland more than half-a-century before the Civil War. It became popular during the war because its mournful sentiment resonated with immigrant families coping with the loss of sons and husbands. It was later turned into the pro-war song When Johnny Comes Marching Home.