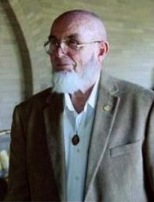 I ran into Teddy Conlin at lunch in Carle Place today and was surprised to learn he is turning 84 this week. He doesn’t look a day over 79!

Ted was a civil rights activist in Westbury during the 1960s and a decade later he expanded his activism to include the defense of immigrants. A leading member of St. Brigid’s Church in Westbury, Ted was crucial to that parish’s efforts to serve Central American refugees during the period of repression and civil war in that region. I remember Teddy advising me when I was a 24-year-old law student intern at CARECEN, which was then housed in the basement of St. Brigid’s rectory. I joked over a cookie that he was “an old guy when I first met him.”

Teddy is a deeply spiritual man whose activism grows out of his religious convictions and his intuitive understanding of people from all backgrounds and cultures. Long before the Violence Against Women Act was passed, Ted was an advocate for victims of domestic abuse. He also personally welcomed many immigrants into the Westbury community. The fact that someone might be a different race, religion, or gender never stood in the way of this man reaching out to help them.

Everyone in Westbury who sees this white-bearded living saint on the street should take a moment to thank him for helping to make the village the diverse and tolerant community that it has become.