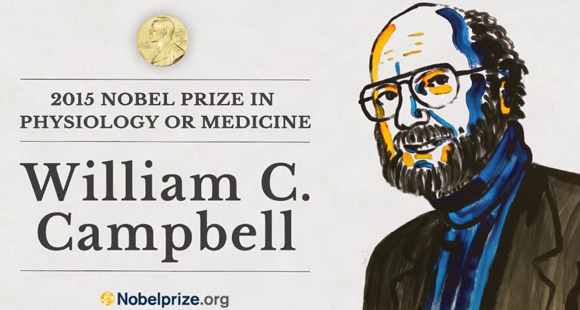 Immigrant scientists have long contributed to the growth of knowledge, the cure of disease, and the development of technology. Today, an immigrant American who did all three was awarded the Nobel Prize in medicine.

William Campbell, an Irish immigrant who now works at Drew University in New Jersey, is a parasitologist who helped discover a treatment for roundworm parasites. Campbell and Japanese scientist, Youyou Tu, were among the three people given the prize. The researchers, Tu and Campbell, found uses for a naturally occurring product, avermetcin, and developed ways to use it to treat river blindness and other parasitic disorders that affect over 100 million people worldwide.

According to the Nobel committee, the discoveries have “provided humankind with powerful new means to combat these debilitating diseases that affect hundreds of millions of people annually. The consequences in terms of improved human health and reduced suffering are immeasurable.” Campbell’s work benefits some of the poorest people in the world, men, women, and children living in areas without access to safe drinking water. 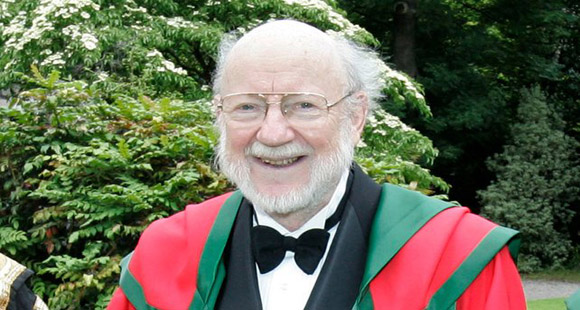 Campbell was born in County Donegal, in Ireland, eighty-five years ago. Although he received most of his education in Ireland, he came to the United States as a young man to earn his Ph.D. at the University of Wisconsin. He stayed on to live in the United States where he conducted pharmaceutical research and helped educate young scientists.

The prize for the Irish immigrant and the Japanese scientist illustrates the borderless nature of science. Had Campbell not come to the United States he might not have had the opportunities to study and find the employment in research that allowed him to make his discoveries. The fact that his important work relied on the previous work of Japanese scientist Tu, demonstrates the fallacy of thinking that scientific advances can be confined to any one country.

Even more importantly, few Americans or Japanese are the beneficiaries of the work of the two scientists. Suffering is being relieved by their work in many parts of the Third World.

Calls to limit the crossing of borders only work against scientific advances. We must continue to allow students to come here from all over the world to study, and then harness their intelligence and creativity for the good of all.