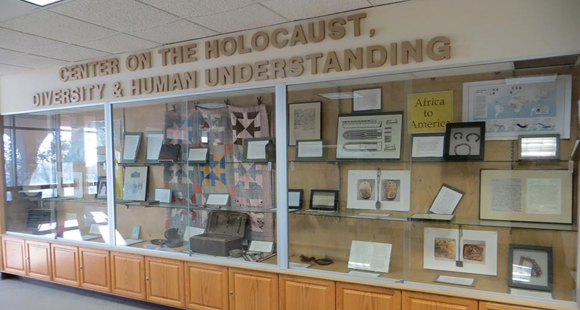 Professor and investigative reporter Karl Grossman is a guest writer. In this story he writes about his new position as a member of the board of directors at the “Suffolk Center on the Holocaust, Diversity and Human Understanding,” and its mission to promote human rights awareness through its activities and exhibits.

It’s a remarkable entity in Suffolk County—the Suffolk Center on the Holocaust, Diversity and Human Understanding. And I have been honored to be appointed a member of its board of directors.

Sponsored by Suffolk County Community College, it promotes “cultural understanding and respect for human dignity” to “encourage human rights awareness and foster the values of respect and diversity,” as states its website (http://chdhu.org/).

The description goes on about how its activities include providing a collection of “artifacts, memoirs, documents and photographs” on the Holocaust and an “exhibit on slavery on Long Island and enslaved people that offers visitors the opportunity to contemplate the dignity and sanctity of life, and to recognize and respect each person as a unique individual entitled to freedom and human rights.”

Last month I attended my first board meeting of the CHDHU. Its board —and exhibits located in the library at the college’s main Ammerman Campus in Selden— are most impressive. Its board is diverse reflecting the diversity of today’s Suffolk County.

Its exhibits on the Holocaust and slavery are profoundly moving—and chilling. 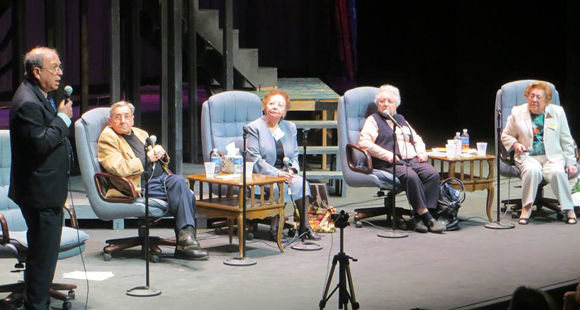 A conversation with Holocaust survivors, an event held in 2015.

In the room where the board met was a framed front-page of a 1938 issue of the New York Daily News with the headline in large type: “LEAVE REICH OR DIE, JEWS TOLD.” There is a myth that the murder of Jews by the Nazis was only realized when the concentration camps were liberated at the end of World War II. In fact, what Germany was up to was known for years before. The killing of six million Jews along with many others, and the virtual indifference of the world, was a horrific event in the history of humanity. In the room too: the striped uniforms worn in the camps are displayed.

It is so important that the center is in Suffolk.

For in 1938 the Suffolk hamlet of Yaphank was the focal point for Nazis from throughout the New York Metropolitan Area. They came to march at their Camp Siegfried and they built a development with streets named for Hitler, etc.

A courageous assistant Suffolk DA, Lindsay Henry, challenged the Nazis and their Yaphank activities in court—the subject of an excellent book by Smithtown history teacher Marvin Miller, “Wunderlich’s Salute.” Mr. Lindsay thereafter took on the Nazis on the battlefield as a Navy captain in World War II. He commanded landing craft at Omaha Beach on D-Day. Back here, he was elected Suffolk DA in 1947. His son, Patrick Henry, also was Suffolk DA. Today his grandson and namesake, Lindsay Henry, is a Babylon Town councilman.

Jews weren’t welcome in many areas of Suffolk County for many, many years.

Roman Catholics, too, had a hard time—especially Italians. The late State Senator Leon Giuffreda of Centereach would tell me the story of how in the l950s he became the first Italian-American to break through white Anglo-Saxon Protestant control of the Brookhaven Republican committee and become a nominee for public office, for town justice. 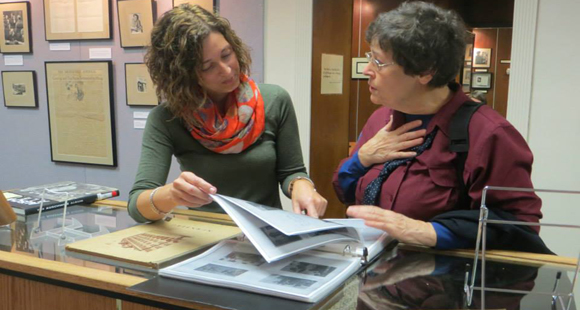 VISITORS LOOKING AT IMAGES FROM THE ORIGINAL BOOK, “EXTERMINATION OF THE POLISH JEWS.”

CHDHU’s exhibit on slavery is heart-breaking. That nightmare which persisted for centuries in America, including Suffolk, was followed by racism that continued and is seen today in Suffolk having black “ghettoes”—communities to which African-Americans have been “steered” to live.

This is a county where the Ku Klux Klan was long a major force. David Mark Chalmers, history professor at the University of Florida, writes in his book “Hooded Americanism: The History of the Ku Klux Klan” how in the 1920s an estimated “one out of every seven people in Suffolk County” was a KKK member and a “Klan faction took over control of the Republican county committee.” The KKK, in part, became Long Island’s “unofficial government,” he says.

Regarding Latinos, the bias against this now substantial group in Suffolk has included numerous acts of violence. Among them: the murder in Patchogue in 2008 of Ecuadoran immigrant Marcelo Lucero by a gang of white youths who regularly sought Hispanics to attack.

Moreover, the treatment through the years of Long Island’s original inhabitants, Native Americans, among them the Shinnecocks, has often been terrible.

CHDHU not only offers its exhibits at the college but organizes exhibits elsewhere including one now at Deer Park Public Library running in connection with Black History Month. It is working to have a “Liberty Express, A Mobile Museum” which, as the flier for this project declares, would be “an exciting new immersive museum experience intended for Long Island secondary school students and as a model for communities elsewhere. The mobile museum will be designed to teach historical lessons from slavery to the Holocaust, and to inspire teens to become responsible members of the community.” On the side of the “Liberty Express” are to be the words: “Our Stories Are Our History.”

Among its many other activities, CHDHU is currently seeking submissions for its 10th annual outdoor art exhibition “celebrating diversity,” titled “Embracing Our Differences.” 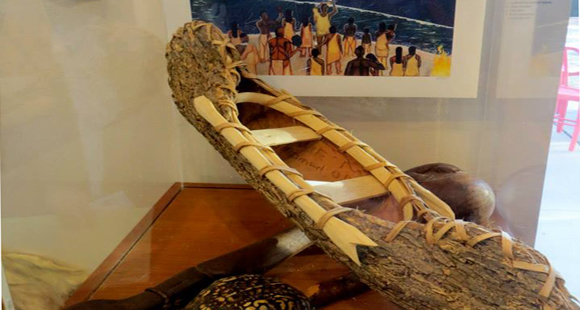 CHDHU’s chair is Rabbi Steven Moss who is also chair of the Suffolk County Human Rights Commission, chief of chaplains for the Suffolk County Police Department, president of the Suffolk County Board of Rabbis, co-chair of the Suffolk County Interfaith Anti-Bias Task Force and the longest serving rabbi at the same pulpit in Suffolk County, B’nai Israel Reform Temple in Oakdale.
* Karl Grossman is an award-winning investigative reporter, and has been doing investigative reporting in a variety of media for more than 45 years. He is also a full professor of journalism at the State University of New York/College at Old Westbury. He has done documentaries for the Long Island-based WVVH-TV and is the author of six books. His columns appear in The Southampton Press, The East Hampton Press, The Shelter Island Reporter, The Sag Harbor Express, Community Journal and the South Shore Press.