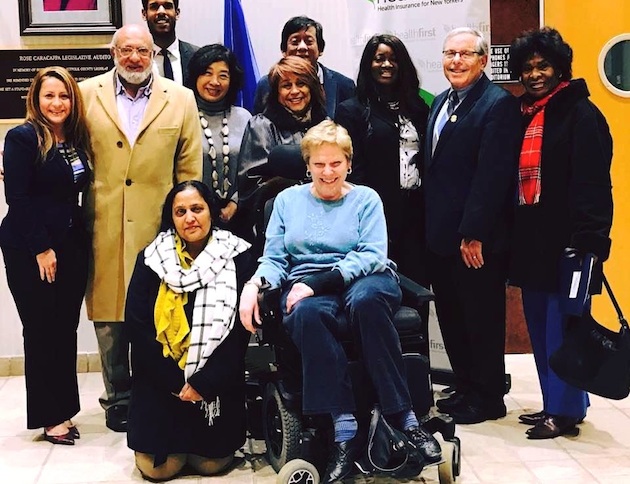 The Suffolk County Human Rights Commission is among the most valuable of all county agencies in Long Island’s Suffolk County. Founded in 1963, its range in battling bias and discrimination has been vastly expanded through the decades while its staff, unfortunately, is now but a fraction of what it once was.

When I first covered the commission in the 1960s, its principal issue was racial discrimination. Through the decades, it has been tasked by successive Suffolk Legislatures and county executives to take on many other areas of bias. Its website states, “The primary objective of the Commission is to work toward the elimination of bias and discrimination in Suffolk County. This is achieved through public education and complaint investigation.”

And what a list of issues it has been empowered to deal with!

Its website continues: “Call to speak with an investigator” (or people can file a complaint by email) “if you believe you have been treated unfairly because of your: Race, Sex, Gender, Disability, Military Status, Veteran Status, Arrest/Conviction Record, Religion/Creed, Lawful Source of Income, Status as a Victim of Domestic Violence, Age, Color, National Origin, Sexual Orientation, Pregnancy, Familial Status, Marital Status, Alienage or Citizenship Status.” And the agency, “also accepts complaints of undue force or discriminatory treatment against the Suffolk County Police Department.”

The website adds: “There is no fee charged for our services! Call for confidential advice and assistance. Our professional staff will assess your allegations and your options will be explained.”

Amazingly, the commission does its important work now with a full-time staff of just three investigators and an executive director, a Suffolk native and attorney, Dawn Lott. Ms. Lott, a Smithtown resident originally from Wyandanch, is a graduate of Cornell University and the Benjamin N. Cardozo School of Law of Yeshiva University. This month marks her one-year anniversary at the commission. Further, there are 15 voluntary, unpaid commissioners, a diverse body chaired since 1992 by Rabbi Dr. Steven A. Moss of the B’nai Israel Reform Temple in Oakdale.

The Suffolk County commission has also, historically, gotten involved in many burning social issues. Indeed, last month, it held a meeting at which recipients of the Deferred Action for Childhood Arrivals (DACA) program, begun under President Obama, spoke along with community and religious leaders. If accepted into DACA, undocumented youth who arrived in the U.S. as children can register with the Department of Homeland Security and receive temporary work authorization and protection from deportation. This “has enabled qualifying students to attend college, work, pursue careers,” said the resolution passed by the commission unanimously. It asked the new national administration “to continue and expand DACA protections as a just and humane action.” The commission also unanimously passed a resolution supporting “the LGBTQ community” urging the administration “to reinstate all bathroom protections for transgender students.”

And it unanimously passed, too, a resolution decrying recent acts of anti-Semitism in the U.S. and declaring “that diversity is our strength.” These “acts of anti-Semitism create a climate of fear, anxiety, anger, vulnerability and insecurity,” the resolution stated. The commission “condemns all anti-Semitic attitudes and actions, both overt and covert, as inhumane, and will use its influence to promote fairness, respect, and dignity for all people.”

Discrimination is not a rarity in Suffolk County. “It is widespread,” said Ms. Lott, two-term past president of the Amistad Black Bar Association of Long Island. And discrimination in “employment has been ranked Number One” in annual reports of the commission for years. This discrimination often involves race and gender with a person not hired or demoted or fired. “Since 1996, it still is the highest category of complaints,” she said.

This month, the Suffolk Legislature unanimously passed a “Local Law to Change the Standard for Admission of Evidence at Hearings before the Suffolk County Human Rights Commission.” Introduced at the request of the County Executive Steve Bellone, it notes the commission’s hearings have been modeled on the “rules of evidence applicable in the Supreme Court of the State of New York.” It says “easing the admission and use of relevant evidence from the type of restrictions applied in court to the more relaxed standard commonly applied at administrative hearings will facilitate the inquiry into whether an unlawful discriminatory practice occurred.”

Ms. Lott was at a Melville law firm (where she met her husband, also an attorney) and specialized in employment and civil rights law. In applying to head the Human Rights Commission, she considered it “a great opportunity. Being an employment and civil rights attorney, I felt I could do more in the area of discrimination.” Moreover, it would be “nice” to work for the county “I’ve lived in.”