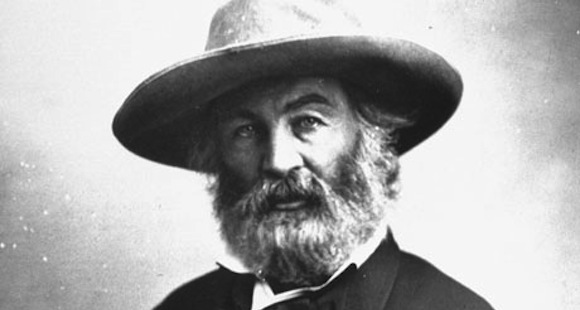 This is the third part of our new series by esteemed historian, professor, and activist Michael D’Innocenzo. Inspired by our enormously successful summit on immigration on Feb. 26, of which he was co-director, the articles are based on a series that originally appeared in The Island Now. You can read the first part here.

Diversity is flourishing in Nassau and Suffolk counties. We are extending our noble heritage, and that is a good thing. As Long Islander Walt Whitman wrote:

“These states are the amplest poem.
Here is not merely a nation,
But a teeming nation of nations.”

When anyone considers the challenges of pluralism, it is easy to see how remarkable the United States has been. In the words of Tom Paine, we have continued to “be an asylum for all of mankind,” notwithstanding that the U.S. is physically larger than China.

Recognizing that England would fit inside of Pennsylvania, France inside of Oregon, and Italy inside of California verifies Whitman’s poetic view. The U.S. has not only had huge numbers of immigrants (now as the world’s 3rd largest population with more than 300 million), but we have people from more nations than any other country has ever received.

Indeed, Queens County (physically part of “Long Island”) is the most diverse place in the world; more than 120 languages are spoken by students at LaGuardia Community College.

Now, the most rapidly increasing groups in “suburbia” are “Latinos” and “Asian-Americans.” (I always have hesitation about using those terms because the equivalent would be to refer to my ancestors and most of the earlier immigrants as “European-Americans.”)

All choosing Americans come here with distinctive languages and cultures; it is insensitive to lump all of them together without an empathetic concern for their values and experiences. Caring Americans have long recognized that the process of “acculturation” is something to be eased, not forced.

Further, it is not simply a matter of making new immigrants become like us—and as soon as possible. Immigrants from all nations have made distinctive contributions to our culture, even while they have been affected by it.

Oscar Handlin, son of Jewish immigrants, was a Harvard historian who received a Pulitzer Prize for his book “The Uprooted.”

Handlin explained in his introduction to the volume:

Every nation has the power to decide how many immigrants it will admit, from what nations and under what guidelines. All of us know that our immigration system has been broken (especially since the last immigration reform effort in 1986).

It is worth considering why that has happened in our great nation.

Is one political party more to blame than the other? Looking only at the years since 1986 (Republicans and Democrats have each held the Presidency for 14 years, while Republicans have controlled the Oval office and both houses of Congress for six years, while Democrats have prevailed in all branches for four years).

If our representatives in Washington are not able to help us plan for the future and address the humanitarian crises that have ensued, perhaps it is time for a citizens’ movement to lead the way.

At the core of such progress is supportive recognition of “unauthorized” immigrants, and of the many ways they contribute to our economy and our future. It also behooves all of us who celebrate family values to work to prevent the disrupting of them.

Such an approach seeks to appreciate new folks as striving humans, like our immigrant ancestors, and the rest of us (but recognizing that they face even more challenges).

The encouraging sign is that key leaders of both political parties have long recognized the basic positions indicated above. Scores of Long Islanders are already at work fostering “win-win” developments for newcomers and the rest of us.

The Hofstra Center for Civic Engagement and Long Island Wins are reaching deep into our communities developing collaborative ways forward.