At a time of year when many Long Islanders find themselves being a little more interactive with the religious faith they celebrate – either by birth or by choice – we bring some good news from the faith community.

While the modern media’s approach to the religious debates of the day may miss this point, the Christian imperative has always been to be welcoming to immigrants.

Now a new translation of the Bible makes that imperative clearer: The Bible has a lot to say about the importance of being welcoming to immigrants.

The latest version of the Common English Bible – one of the more popular translations – now uses the term “immigrant” in place of “stranger” or “alien,” which appeared in previous translations.

Robert Parham, the founder of the website EthicsDaily.com, explains why “stranger” and “alien” didn’t fully capture the meaning of the scripture:

Is it a homeless person? A person of color? A foreign student? A snow bird?…The word ‘immigrant’ makes the Bible’s witness completely relevant and the Bible’s moral imperative inescapable for the faithful.

When it comes to immigration, the moral imperative that The Bible directs the faithful to is clearer than ever: Treat newcomers as you would want to be treated if you were placed in the same situation. It’s the Golden Rule writ large. 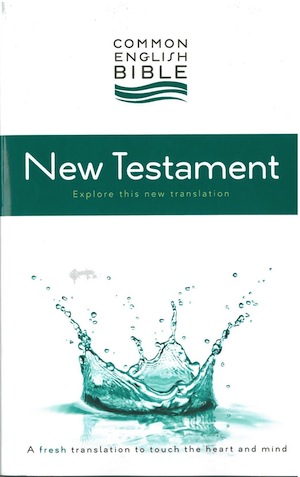 To keep these principles in the hearts and minds of Long Island’s religious communities, my organization, Long Island Wins, has been working with a coalition of groups to teach religious leaders, clergy members, and lay leaders how to make their congregations and communities more welcoming to immigrants.

In these trainings, we examine our common immigrant ancestry and look for ways to celebrate our immigrant backgrounds. We help religious leaders have the difficult conversations about immigration that will inevitably come up among some congregants.

But churches and other sacred spaces are the perfect places to refocus the debate away from some of the most obvious points of anger to a more fundamental value system. Ultimately, we’re talking about fellow human beings – our neighbors, our future friends and relatives – and how together we can create communities that we’re proud of.

So, if you’re so inclined, shop until you drop this holiday season. Drink a gingerbread latte. See how many college bowl games you can fit into your schedule. But if the holidays are also a time to reflect on some of the deeper values, maybe it’s a good time to pick up this new Bible translation. Or just think a bit on what our faith traditions say about what it means to be an immigrant, and what those values might have meant for your own relatives when they came to this country.

Here’s wishing a happy holiday season to all of us on Long Island. Every one.