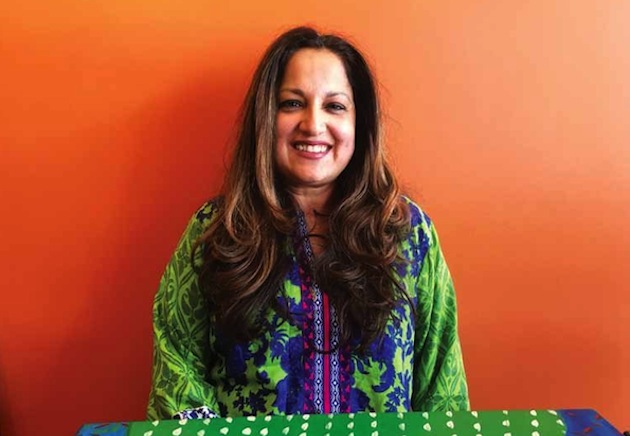 Dr. Shaireen Rasheed came to Long Island in 1987 with her parents and two sisters, and settled in suburban Smithtown. Born in Pakistan, Rasheed was raised mostly in the United Arab Emirates and England. Smithtown was more suburban than the cosmopolitan cities she grew up in, but it was there that she and her family reunited with relatives who had made Smithtown their home.

Rasheed says she was raised in a feminist and matriarchal household. Both her parents empowered her to believe she could do anything she wanted. Education was always very important in her family, and so she enrolled at Stony Brook University where she was introduced to the American education system for the first time. “It was so amazing to finally come here and have this opportunity to take these courses where your creativity mattered, your voice mattered,” Rasheed said, “I never had that experience, so for the first time, I enjoyed studying. The whole world opened up to me.”

Rasheed developed new ideas about her identity as an American and as a Muslim, Pakistani woman while studying at Stony Brook. “Coming here, I became very aware that I could be proud of [my identity] because everyone else was. There was a sense of identity that people owned and people were proud of – whether you were Greek, whether you were Italian, whether you were Jewish. People sort of owned that so this was very new to me. There was a certain level of acceptance here that I felt I didn’t even have back home.”

As empowered as her mother was, she still held certain traditions dear, such as setting up a meeting with a young man whom she thought would make a good match for her daughter. Being the feminist that she was, Rasheed balked at the idea but eventually agreed to meet Zahid Khan. Unexpectedly, Rasheed felt a real connection to Khan, and told her mother, “‘You know, I’m going to end up with this guy,’ and he called his mom and said the same thing.” It was love at first sight, and within six months, they were married.

Rasheed believes her love at first sight was destiny at work, as she is a very spiritual person. “I’ve always been a Sufi…that’s why I’m also attracted to theology, I feel the best context to talk about diversity, to talk about anything, is through the context of spirituality.”

Khan has always been a very supportive partner in Rasheed’s academic and career goals: “I made my pact that if we have kids, I told my husband, you have to promise that every time I go to a conference, you have to come with [me], and he did, with the kids.” When Rasheed attended an important research conference by the American Education Research Association (AERA), she planned to take her family with her, including her husband who would care for the children while she presented her work.

However, they would not reimburse family members for childcare while at the conference, but would only reimburse expenses for a nanny. She found the policy overlooked different kinds of cultural support systems, “In our culture,” she explained, “It takes a village, so you have a nanny, I have an aunt, a sister, I have my second cousin, I have a whole array of people looking after my kids.” She fought and successfully changed the bylaws of AERA to include family members as reimbursable for childcare.

For Rasheed, the worst myth people have about immigrants is that they hurt the system rather than help, that they add nothing to America. “I think the [myth] that gets me most is that they need to go back to where they came from because they are a burden as opposed to an asset and if you look at the history of immigration in this country, it really is a history of enrichment,” she said.

Rasheed contributes to her community beyond just her acclaimed academic work. She spoke with officials and teachers on diversity at the local school district when there were bias incidents targeting her son, Mikail. She also opens up her home every Eid, an annual feast festival Muslims celebrate and coincides with the pilgrimage to Mecca known as the hajj, to the community, regardless of faith, for food and festivities. She believes that America both benefits from immigrants and provides immigrants with opportunity: “We’ve always been the place where dreams are made of. We’ve always been the place where you can come and regardless of your social, your sexual, your preference, your class, you can achieve the American dream.”

Rasheed is a professor of philosophy, education and social justice at LIU Post. She has written two books and is working on a third about combating Islamaphobia in K-12 schools. She speaks both Urdu and English, with a firm grasp on Punjabi and Arabic. She lives in Port Washington with her husband, daughter and son.