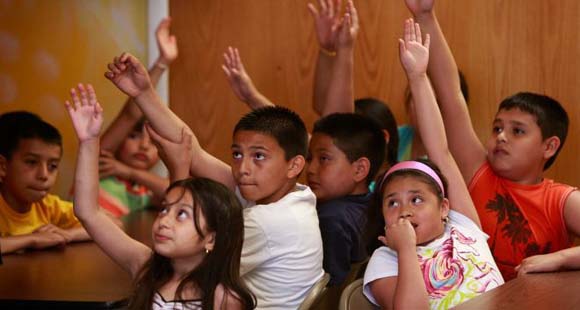 This is our Executive Director, Maryann Sinclair Slutsky’s latest monthly column in the Anton newspapers.
Just imagine being a 12-year-old boy living in Central America’s Northern Triangle and not being able to go to school because gang members lie in wait just beyond the schoolyard to recruit you into a violent gang to kill or be killed. No, I can’t imagine that either.

Well that’s the life many newly-arriving children from Honduras, Guatemala and El Salvador face every day. These children are saying no to the gangs and that’s why so many risk the journey through the Mexican desert to our southern border.

I recently spoke with Patrick Young, an immigration lawyer and program director at the Central American Refugee Center (CARECEN) about these children and what happens to them when they cross the U.S. border and finally reach Long Island.

Young has represented thousands of people in immigration court and at the Department of Homeland Security. CARECEN, with offices in Hempstead and Brentwood, has a large project working with Central American refugee children who have recently arrived here over the last two years.

“These are children who have been living under war zone conditions,” Young said. In fiscal year 2014-15 there was an increase in the number of children crossing the U.S.-Mexico border. They were coming primarily from El Salvador, Guatemala and Honduras, countries that are politically and economically unstable, and that have registered some of the highest homicide rates in the world according to Young.

After the civil war ended in those countries during the 1980s, the U.S. government invested money into funding their military but did not invest in building effective civil societies, which resulted in failed governments. Young further explained that when the U.S. war against drugs in Colombia became very successful, the Colombian drug cartels moved out of Columbia into El Salvador, Guatemala and Honduras and enlisted their existing street gangs as soldiers in the drug war.

“The children we see are children who said no to joining the gangs,” Young said. “The gangs approach these kids to become part of their drug networks and the kids said no and then the gangs often beat them up or threaten to kill them and kidnap or rape their sisters.”

The main reason why these children, who are often called unaccompanied minors, come to the United States is because they want to be with their relatives who are already living here. “Long Island has the 5th largest Central American community in the U.S. It is certainly the largest suburban refugee community in the United States. This is where their families are so they came to be with their families,” Young said. He pointed out that one in seven Long Islanders is an immigrant.

“Most of the children have either come with a family member or they have come with a coyote,” Young explained. Once they cross the border they are arrested and placed into detention centers with deplorable conditions. According to Young, most of the children are 12-13 years of age, but there have been cases of children as young as 3, 4, 5 or 6. They wait in the detention centers until they are released to their relatives. Young explained that these children are able to apply for refugee status and go through the immigration legal process in the U.S.

“We are a nation of immigrants, it’s our duty to protect refugees,” Young said. “All of the countries in the world really have an obligation to receive refugees but the United States has to be part of the solution of the refugee crisis.” 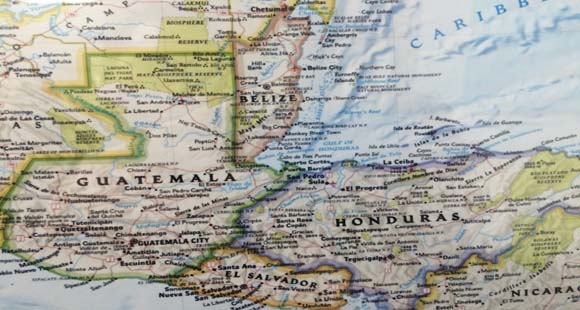 About 75 percent of refugee children are given legal status by the courts. Young added, “But if they are not represented, it is almost impossible to make a case. You can imagine a 4-year-old client trying to explain to a judge why he or she came to the United States; they are not going to be able to do that.”

One of the foundations that our legal system is built on is that if you are facing jail time and can’t afford a lawyer, the government will appoint a lawyer for you at no cost. According to Young, these children are sometimes held in detention centers for months and certainly don’t have access to attorneys, and they are not entitled to a court-appointed lawyer.

“It’s impossible for an 8-year-old to even understand what the court process is,” Young said with frustration. He explains that with more than 5,000 newly-arrived Central American children living on Long Island, there are not enough free lawyers available to take on any new child clients. Currently there are only enough free lawyers on Long Island to represent 400 of these cases.

About 90 percent of the money used to represent refugee children on Long Island has come from private donors, not from the government. “You can’t have due process for children if the child is not represented,” Young said.

I asked Young about the challenges newly-arriving immigrant children face and he said there are many. “They’re arriving and they need to learn the language, they need to figure out how school works in the United States, they need to reacquaint themselves with the family members that they’re living with that they haven’t seen in a number of years, but all of that is undermined if you are told every day that you might be deported and the deportation is not back to a secure homeland,” he said sadly.