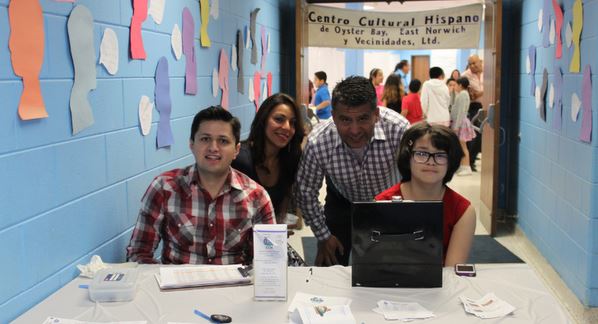 “In my family we always prized stories,” said Adolfo Zepeda.

This sharp young man understands the importance of stories in helping people find common ground. It’s fitting, given how quintessential his personal immigration story is, and how his own immigration experience helps him in his work with immigrant youths in Oyster Bay.

I met Adolfo at an event at SUNY College at Old Westbury where he was offering students information on his organization, Centro Cultural Hispano de Oyster Bay, East Norwich, y Vecindades (CCH). Located in Oyster Bay, the organization runs programs to meet the educational, social, and economic needs of the Hispanic community in the Oyster Bay and East Norwich area.

CCH offers a variety of programs, from afterschool programs for kids to English classes for adults, as well as economic development and skills training courses. If CCH can’t provide the service a family needs, Adolfo said, it will find one that does. “We are like a helping hand for immigrants who don’t know what services are available to them, who don’t know what to do,” he said.

He told me how he and many young immigrants he works with all had a similar image of the U.S.—only to have their illusions shattered shortly after arriving.

“I imagined [America] being kind of like Disneyland, or something you see on videos: Blue, blue skies. Grass that’s greener than you’ve ever seen. White picket fences,” he said with a laugh. “I’m not exaggerating. That’s what I imagined it would be.”

But stepping out of La Guardia Airport one cold March day on the cusp of his eighth birthday changed all that. “I remember looking around and thinking, ‘Everything is so gray.’”

Adolfo’s family came to the U.S. in 1993 from Tizapan El Alto, Mexico. Right away, Adolfo found it hard to adjust to his new life in the U.S. He struggled to communicate, particularly in school. Back in Mexico, he had prided himself in being a good student. “Not being able to say the simplest things, like, ‘Can I go to the bathroom,’ or ‘I don’t know how to do this,’” he said, was frustrating and difficult.

The school district enrolled Adolfo in its ESL (English as a second language) program, but he said there was a stigma attached to being an ESL student that he was anxious to shed. After five years of hard work, he managed to graduate out of ESL.

After finishing high school, Adolfo went on to college and majored in communications. He said he was fascinated by the field, particularly TV and film production. But in his heart, Adolfo yearned to help others. 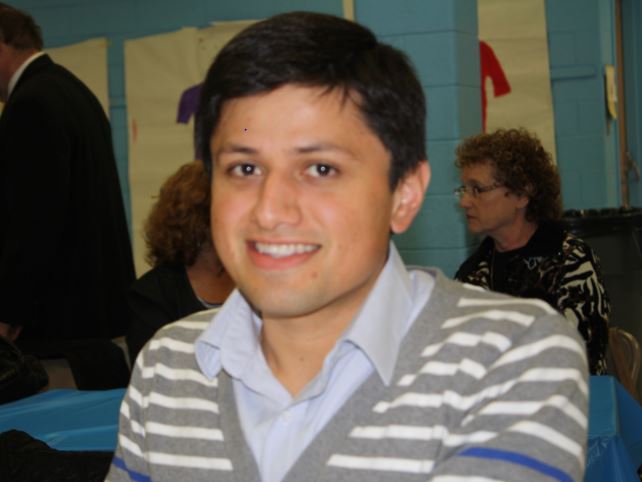 “I used to say to my mom that when I get older, I want to go back to Mexico to help the poor people,” he said. “So when I graduated [from college] I had this opportunity to work at Centro Cultural Hispano. So I started there in 2008. I’ve been there seven years. It was this great opportunity to work with the community. Especially for an organization that wasn’t there when we lived in Oyster Bay.”

In his role at CCH, Adolfo works closely with the school district in the development of the afterschool programs for young immigrants, using stories to help them feel more at home in their adopted country and community.

Adolfo told me that he has been shaped not just by his own immigration story, but also by that of his extended family—which is quite extended!

Unfortunately, not all his family’s stories are happy ones.

“I have a cousin who is illegal but his wife isn’t. They have three kids and he was deported,” he said. “I have two other cousins living in California. They have a couple of kids. One is about to graduate high school. And their husbands were deported. All around the same time.”

He added, “They say [America is] about families and keeping families together, but sometimes that’s hard to believe when they are deporting fathers and creating single mothers.”

While these stories have chipped away at his optimism, he said, they have also strengthened his resolve to work hard. And hard work is really what drives many immigrants.

And that is a story he wished more Americans heard.

“[Immigrants] are here working hard,” he said. “They are not like, ‘Oh, I’m going to go to America and get free health care and free food.’ That’s not their mindset at all. It’s, ‘I’m going to go to America because there will be better opportunities’ or ‘My kids will have better opportunities.’ Once people have kids, they no longer think about themselves. They think about the future of their kids.”