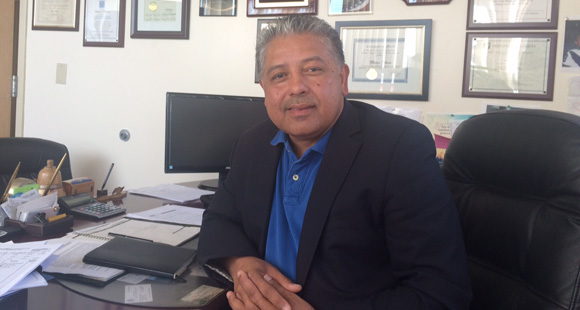 Upon meeting Mateo Flores, I was greeted with a warm welcome by a soft- spoken man and an office filled with plaques and citations too numerous to count.

Mateo Flores, Program Director for the Hempstead Family Development Center at the Economic Opportunity Commission of Nassau County (EOC), had made his way to this position by hard work and a few guardian angels along the way.

Flores arrived in this country from El Salvador in 1980 when he was just fourteen years old.  He made his way to Westbury to live with his brothers, leaving his home in the small village of Jiotes and his parents behind in El Salvador. As he kissed his mother goodbye, he remembers her saying that she knew this would be the last time she would see him. She died a year later.

“I came here to work . . . literally came to work,” he recalls. Right away he lined up several jobs and worked long hours. He worked at Sears doing maintenance from 6 am to 2 pm, and then on to his other job at the Milleridge Inn until 2 am seven days a week.

His job at the Milleridge Inn was seasonal, but his supervisor was so impressed with his ability that he encouraged the management to keep Flores on beyond the holiday rush, promote him from dishwasher to salad maker and give him a raise. This experience taught him that being a hard worker brings opportunities.

While all fourteen year olds should be in school, Flores’ survival was paramount and he had no time to think about anything else. Being new to this country he had no idea that going to school here was even possible for him.

And then the unexpected happened. On his way to one of his three jobs, a car hit the bicycle he was riding. He broke his ankle and was taken to the hospital. Being so young, the social worker at the hospital prepared a letter for him for school assuming he was in middle school. Flores replied, “My school is three jobs. I have to work everyday.” The social worker told Flores that he would make sure he went to school.

The next thing Flores knew, he was in the ninth grade at Westbury High School. But going to school and working three jobs was no easy task. After school he worked at a clothing factory cleaning offices. He would leave the factory at 5:30 p.m. and from there he went to work at Howard Johnsons until midnight. But his day was not yet done. He still had homework to do. 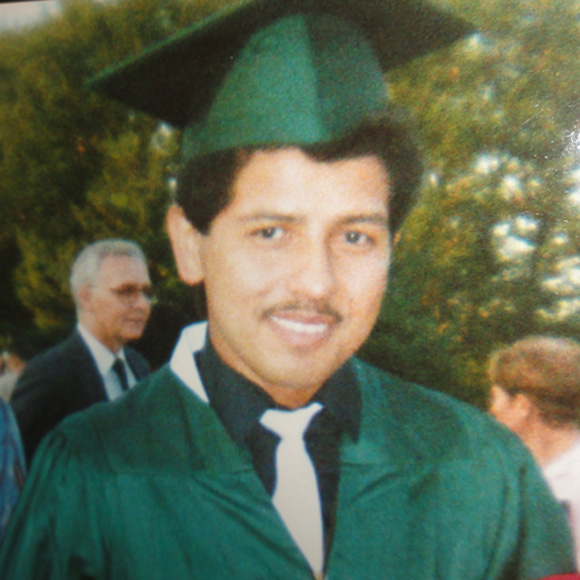 “When you are young, you have all this energy, and you think you are invincible, but give it a couple of years and you start feeling it,” Flores said.  “I was working and going to school. I had three jobs and going to school, and that was kind of tough for me because I didn’t know the language.”

These were the toughest years for Flores. His brothers were not able to help him with rent, his parents were back in El Salvador, and he was going to school, working long hours, and learning English. “When you are hungry, you are hungry” said Flores.

He graduated High School in 1987 a year after President Reagan introduced the Immigration Reform and Control Act of 1986, allowing millions of unauthorized immigrants to become eligible for legal status. Flores applied and was granted citizenship. After high school graduation, Flores attended SUNY Old Westbury. With a college education and citizenship, he was on his way to better job opportunities with better pay.

Following college, a high school mentor was able to arrange an interview for him with the Economic Opportunity Commission of Nassau County (EOC). He was hired right away to do community outreach for the Three Community Action Program (TRICAP), a community action agency that used to serve Westbury, Carle Place and New Cassel.

The program in Westbury, where Flores was placed, closed and everyone had to be let go. But the head of the program saw potential in Flores and convinced the CEO to let him stay. Flores says it was then that he got the “seed” for helping others.

Later Flores was moved to Hempstead under the director of the Hempstead Community Action Program. “That is how it all started and I have been with the EOC ever since” said Flores.

Flores is the head of one of the largest community action agencies in Nassau. The EOC of Nassau County plays an important role in advocating and providing services for low-income minorities. This position allows him to help immigrant families and individuals who are trying to make it in a new country.

“Making a living in the United States is not easy, especially for immigrants who come with a lot of dreams, but realize, that first they have to overcome many obstacles,” said Flores. “The U.S. has always been the country where if you have a dream your dream can become true, but dreams don’t become true by magic. You have to work it.” 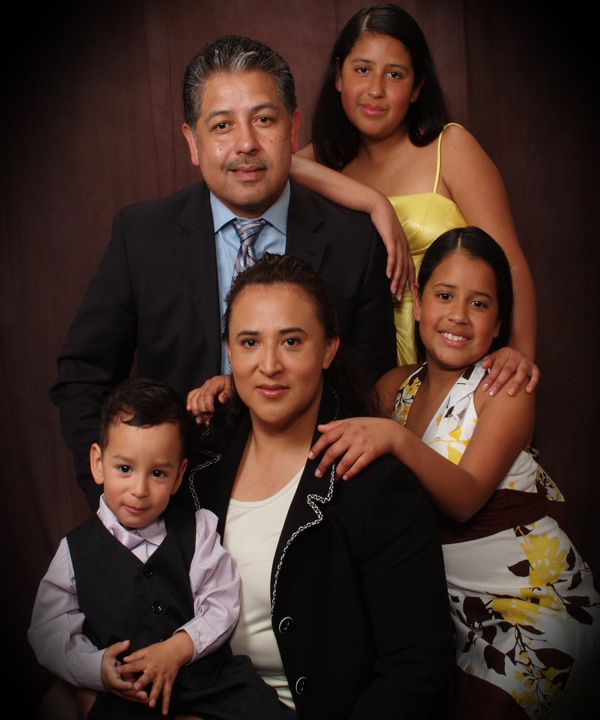 There are myths and misconceptions that many in our community have about immigrants. “The misconception that you are an immigrant versus who you really are as a human being”, he responded. “And that people don’t really process that well.”

Flores is married with three children and considers his family to be one of the greatest joys in his life.

Mateo Flores has spent his life improving the life of others and the countless plaques and citations that fill the walls of nearly two-rooms is a testament to his work. “I’m just another immigrant who wants to make a difference in people’s life,” Flores said.
* Executive Director Maryann Sinclair Slutsky’s latest monthly column in the Anton newspapers. This story was published first in the Anton Media Group Publications.