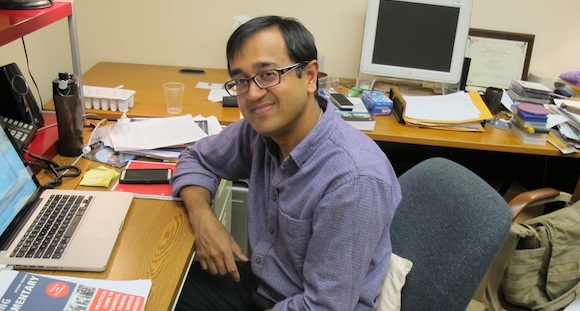 Filmmaker and professor Aashish Kumar has had quite enough of Indians being portrayed as doctors and engineers, thank you very much. He’s on a mission to show the world that he and his fellow South Asian immigrants are so much more.

Kumar believes that he is among a wave of Indian immigrants coming to the U.S. who are breaking down stereotypes of the South Asian immigrants that dominate engineering or medical professions by bringing fresh perspectives to media and entertainment. “There is a very interesting way that South Asians have contributed both in terms of literature and now we see them contributing in filmmaking and media work,” he said. “We see an increasing number of them becoming stand-up comics and writing for television, or filmmaking, and they bring something interesting with them.”

That sort of thinking influences Kumar’s work—both as a filmmaker, and as someone teaching a new generation of filmmakers. Kumar is an associate professor in the RTVF (Radio, Television and Film) Department at Hofstra University’s L. Herbert School of Communication. He is also the graduate program director of the MFA Documentary Studies Department.

Documentary making is a passion of his—a passion he has traveled great distances to pursue. “I was in India studying to be a sociologist and in graduate school I had an epiphany that I wanted to actually do documentary work,” he said.

In 1990, Kumar came to the U.S. to further his education, receiving degrees from Indiana State University and CUNY Brooklyn College. He taught in Massachusetts, New Hampshire and Connecticut before returning to New York to join the faculty at Hofstra in 2005. “I had known about Hofstra, knew the program really well. I would meet my current colleagues at conferences,” he said. “[Hofstra has a] very strong presence in New York. Its student body is very engaged in this industry and I was looking for a program that connected well with what is happening right now.”

With 35 percent of its student body comprised of non-white ethnicities, Hofstra has an incredibly diverse student body—a rising generation of filmmakers whose experiences interact with his own background. 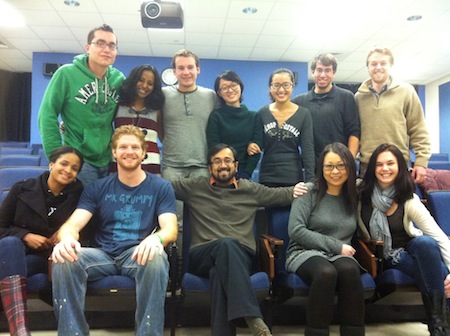 Kumar can relate to the mindset of Asian and Indian students and young adults born in the U.S. to immigrant parents. “The kids that grew up here, the first generation of immigrants who are truly assimilated to the culture, who went to the high schools and who also have this interesting mix of their parents’ [perspective] … they bring that sensibility with them, which I guess is very typical of first generation immigrants,” he said.

Kumar says the driving force of his success was never financial, and instead comes from the desire to be an agent of change in the world. Many of his documentary work revolves around exposing unseen or scarcely discussed issues, such as the stigma of mental illness among many immigrant groups, as well as hate-crimes conducted in the wake of the 9/11 terror attacks.

Says Kumar, “I was born into a family of writers and journalists and so there was always this connection to the world,” he said. “That was either writing about it or thinking about it critically […] when I looked at documentary work I was pretty convinced that that was one of the best ways for me to do something with this mindset.”

His own work only carries that vision so far, though. Kumar hopes to capture and instill this sense of fresh perspective in his students through Hofstra’s challenging programs. One in particular, Documentary Diversity, takes 10 high school students and pairs them together “in ways so you get really diverse people working with each other and most likely people that they have never had a chance to meet before.” These students then work together to build short films about each other’s lives, which Kumar calls “a production partnership of self-exposure.” 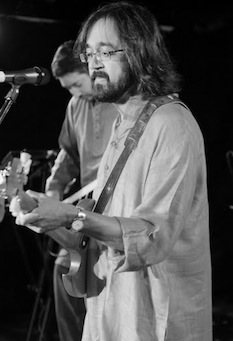 Film and education aren’t Kumar’s only opportunity to showcase his unique perspective of the world. He is also an accomplished musician. His band, Bandish, blends classic rock, folk and popular Indian music.

Long Island isn’t always thought of as a center for the arts, though Billy Joel fans may think otherwise. But Professor Kumar is one example of a diverse and changing culture on Long Island that’s bringing new voices to the forefront, and new stories to the world. You’ll want to stay tuned.