As I was getting ready to leave for an educational delegation to Turkey in late June, it was easy to understand why I was getting excited. I was ready to see the grandeur of the Hagia Sofia and watch the Whirling Dervishes in awe as they spun around in religious devotion.

But the best part of the delegation was the stunning welcome and kindness we received when visiting the homes of Turkish families. We visited three different homes, and each time, we were met with an effusive reception. Our hosts explained Turkish customs and culture in the way that only a local could do.

In sum, they showed us Turkish and Muslim hospitality in practice.

After one particular dinner, one of our group members sang a song in Turkish to our hosts, and in return, two brothers who were part of the family hosting us sang a moving Muslim song about Muhammad. This emotional gesture left the group teary-eyed, with some people actually weeping. 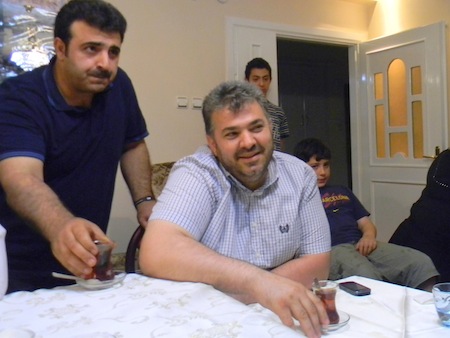 The two brothers who hosted our group and sang to us.

Each family introduced us to their extended family and friends. They asked us questions about our lives back on Long Island, and, amazingly, I learned that one young woman we met is actually starting at Hofstra in the fall. It was a reminder that immigrants not only come to Long Island from around the world to work and follow the American Dream, many come to study at our world-class universities. 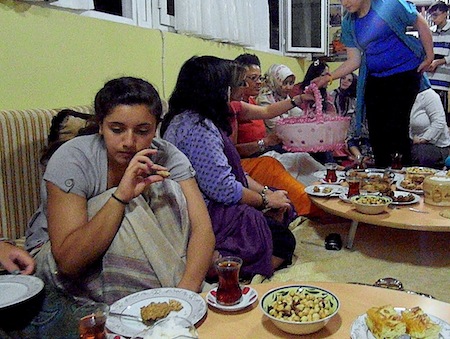 I’ll admit it: I was nervous before the trip. Most of what you read or hear about the Muslim world, even in a famously secularized country like Turkey, references religious violence, or how few rights women have. But that perception quickly disappeared as I began to understand the country’s intersection of Muslim and secular life. We saw a range of dress; some women in headscarves, some in burkas, others simply dressed in the same designer clothes Americans would recognize.

And I couldn’t help but think of Long Island Congressman Peter King. Over the past few months, King has set out to marginalize Muslim Americans in the public eye, by holding hearings in the House of Representatives based on the premise that American Muslims – and only Muslim Americans – pose a major internal threat to America.

Turkey felt like a nationwide rebuttal to King’s posturing. It felt timely to travel to a country populated almost entirely by Muslims and meet dozens of people whose religion was one rooted in a commitment to peace, a deep and abiding love, and most of all a commitment to welcoming strangers. 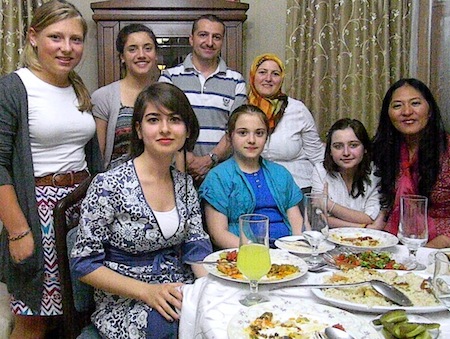 With that as an example, our own Welcoming Long Island campaign – which strives to create more welcoming communities for all residents – has a lot to live up to. Perhaps a more central challenge for us will be to match the Muslim values of welcoming and generous hospitality that we found so moving in Turkish people.