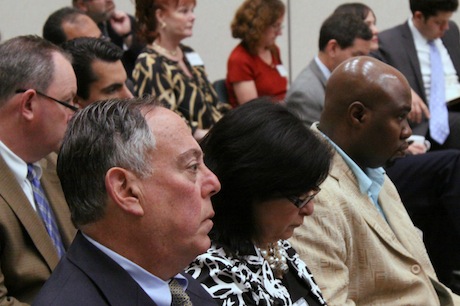 “Long Island has the potential to become the nation’s model of diversity,” says President Bill Clinton

Stakeholders from business, healthcare, education, and labor joined together on Friday at the Long Island Regional Immigration Summit to discuss how Long Island can maximize the contributions of immigrants to the region’s economy, particularly in the face of a shrinking native-born workforce. This cross-section of Long Island business, civic, and political leaders issued a united call for federal, state, and local immigration policies that recognize the relationship between strong economies and welcoming immigration policies, and began developing the framework for those policies.

With the summit, which was held at SUNY Old Westbury, Long Island became the first suburban region in the country to organize a coalition of leaders to work collaboratively on this issue. The event was co-organized by Long Island Wins and the Long Island Immigrant Alliance.

The summit began with a show of support from President Bill Clinton, who sent a video address stressing the need for Long Island to better serve immigrants and communities of color:  “Long Island has the potential to become the nation’s model of diversity, but the potential can only be met if Long Island addresses the policies that impact its growing populations of Latino, African American, and Asian communities,” Clinton said. “Students from these diverse backgrounds are Long Island’s future entrepreneurs, employees, and executives, but today we’re not giving them the skills they need to succeed.”

“The organizations represented at this conference are making New York a better state for all of us by raising the public’s consciousness about the important role immigrants play in the future of our state’s economic and civic life,” Schneiderman said.

Cania Infante, a regional manager with Bethpage Federal Credit Union and a Dominican immigrant, spoke of the summit’s impact:

“You can’t underestimate the impact of having so many different sectors in the room at the same time, talking about immigration policies that will strengthen Long Island,” she said. “We’re all very excited about the potential of the people here to make positive change that will benefit immigrants and also the local economy.” 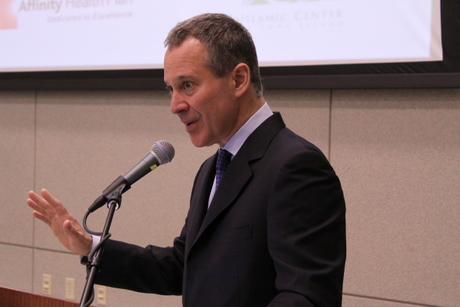 Luis Valenzuela, the executive director of the Long Island Immigrant Alliance, emphasized that the effort wouldn’t end with the summit:

“Today we were able to break ground by connecting business, healthcare, labor, and advocates all concerned with immigration. Through the rest of the year, we hope to build on this work and make our voices heard on Long Island and beyond.”

Maryann Sinclair Slutsky, the executive director of Long Island Wins, expressed thanks for the response the event drew:

“The show of support from organizations, businesspeople, labor unions, and political leaders proves that Long Islanders understand how important immigration and immigrants are to our local economy. I’m proud to have co-organized the summit, and look forward to the results it will produce.”

Finding A New Dream And A New Home