America is sending mixed messages about workers’ rights. By an overwhelming margin, 61 percent to 39 percent, voters in Ohio rejected the rollback of collective bargaining rights championed by Gov. John Kasich and the Republican majority in the Legislature. Voters in Arizona recalled Senate President Russell Pearce, the self-proclaimed tea party president, who authored the state’s punitive SB 1070 “show me your papers” immigration law. Nevertheless, new strategies are emerging to quash wage and benefit progress through unionization for native born, naturalized and immigrant workers.

For example, business lobbyists and Republicans plan to disadvantage all workers, native and foreign born, by bringing the workings of the National Labor Relations Board to a halt. The Republican member of the board, Brian E. Hayes, is threatening to resign in order to prevent a quorum and thereby block the adoption of rules that will speed up the process of union elections. If Hayes is successful, the current system, with its lengthy delays and well-documented intimidation of workers seeking union representation, will remain.

The anti-immigrant crowd in Congress is promoting other attacks on workplace rights. Republican Congressman Lamar Smith of Texas is one of the principal advocates of an e-verify system to police the workplace by matching Social Security numbers with a national database to confirm employees’ citizenship or work status. Outgoing Suffolk County Executive Steve Levy still champions a local e-verify system even though the county never paid for the pilot programs to assess its fairness and effectiveness. The system is loaded with problems. The error rate is high, and it is estimated that it will cost employers and the federal government billions to implement. Hundreds of thousands of legal workers will lose their jobs because of errors in the system.

Smith has talked tough about holding employers accountable for breaking workplace immigration laws, but his legislation will allow employers to avoid e-verify by misclassifying employees as independent contractors and will lead to an expansion of temporary foreign guest-worker programs. While guest workers may compensate for seasonal labor shortages, there is a long, unfortunate history of exploitation in this program. 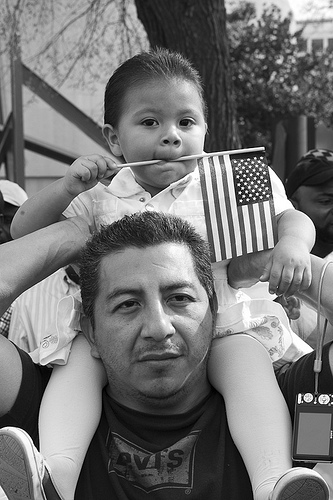 The Arizona law that brought down Pearce in Arizona masqueraded as a hard-line enforcement measure. It spawned similar draconian measures in Alabama, Georgia, South Carolina and other states riding a wave of anti-immigrant sentiment fueled by myths that blame immigrants for the nation’s high unemployment rate. Arizona suffered a $253 million loss in economic output and thousands of jobs. The law effectively terrorized the immigrant community, causing them to pull their children from school and migrate to other states, leaving a vacuum in the labor market that could not be filled by native-born workers and left crops rotting in the fields.

State efforts reflect a growing frustration with the failure of the federal government to take a comprehensive approach to reforming immigration. Instead, lawmakers have focused on an enforcement-only approach that is costly and ineffective and ultimately leads to exploitation. Even though the federal government increased enforcement spending from $1 billion to $15 billion between 1990 and 2009, the number of undocumented immigrants entering the country increased from 3 million to almost 12 million.

The majority of the American public supports comprehensive immigration reform affirming the historic role immigrants have played in building our nation and its economy. It should include a path to legal status, promote family unity and provide educational opportunities for youth. It is a hopeful sign that the public is defending the institutions of government that promote the middle class by protecting workplace rights even though conservative and business interests cling to the status quo.

John R. Durso is the president of the Long Island Federation of Labor, AFL-CIO. 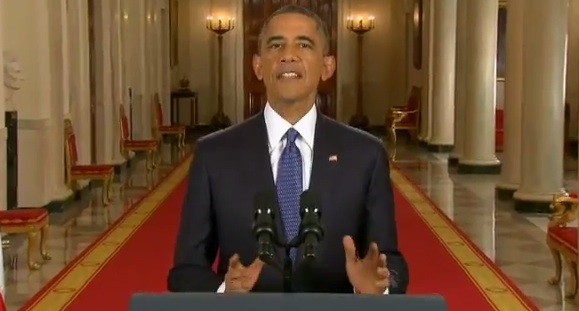 The Economic Benefits of Administrative Relief

More than 200 Protest Detention of Children by Homeland Security

Attorney General Warns Schools Not to Discriminate Against Undocumented Children

Former Salvadoran Army General to be Sentenced for Immigration Fraud