As a 25-year-old flying from Quito, Ecuador, to begin a new life in Queens in 1990, she couldn’t even carry on a basic conversation in English with a fellow passenger.

The language difficulties continued to bring hardship once she settled in the US. She was stuck working for an abusive employer in a Jackson Heights laundromat and later taunted for her accent as a retail cashier.

Those experiences stayed with Cevallos—who now owns the Plainview-based BML Language Consultants—shaping the person that she is today.

Although she is now an accomplished entrepreneur, she devotes herself to what she believes is a basic human right: the ability of every patient in the US healthcare system to receive full and accurate medical information in a language they can comprehend. 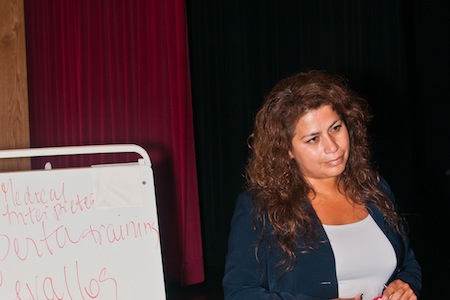 Cevallos isn’t alone in this belief, what she calls “the right of every person to be informed.” Federal, state, and local governments agree with her, and civil rights laws on the books since 1964 include provisions for language access. However, there is a substantial divide between law and practice, and how language access is provided varies widely.

“It’s the Wild West out there,” Cevallos explains. “There is no system of standards, quality control, or reviews.”

Cevallos wasn’t always involved with language services. She came to the US on a visa as a young adult, but her work experience as an executive assistant in Ecuador didn’t translate. She went back to school to study social work, but stopped taking classes when she got married and had a son in 1994. At that point, her employment opportunities were limited.

By harnessing her bilingualism, however, she found a career path. Encouraged to take the New York State court translator tests by an attorney she had temped for, she was one of 500 out of 7,000 applicants who passed the exam and became certified in 1998.

Working as a court interpreter was difficult for her, she recounts, because she was a passive bystander to the sad stories of family court. Unable to help, she silently recorded the difficulties of low-income families in New York City. 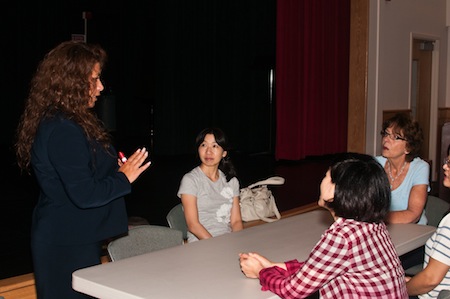 In 2003, an opportunity arose to become the special needs coordinator at Southside Hospital, where she arrived to find a disturbing state of affairs: Patients with limited English proficiency, who accounted for up to a third of the Bay Shore hospital’s intake, were being asked to sign their consent for medical procedures on shoddily translated forms.

“Families were shown documents that translated the medical term for circumcision into an antiquated Castilian word that 90 percent of our population could not understand,” she remembers, adding that she “burst into tears” that first day, dismayed by what she saw.

The hospital, part of the North Shore-Long Island Jewish Health System, utilized the services of an interpretation agency, one of many outsourcing options institutions use when required by federal law to demonstrate special needs access. Hospitals that receive any amount of federal funding are required to adhere to the law or risk the loss of other federal program funding, including Medicaid and Medicare. The same goes for police and social services.

Then, in 2006, a new state requirement for patients’ rights included stipulations that all hospitals create specific programs for language access. Berta saw her opportunity to make a bigger impact across Long Island, and struck out with her own business, BML Language Consultants.

Since launching the business, she has run classes in conjunction with the Suffolk County Office of Minority Health and now privately offers trainings in the art of medical interpretation, a field that requires a delicate balance between a dedication to helping others and a strict need to adhere to a code of ethics that more or less requires the interpreter to act invisible.

“The hardest thing was when I had to hide my emotions,” she remembers. “I saw a gentleman die and I had to pretend in front of his family members that I didn’t know what happened because ethically, my job was not to tell.”

Berta stresses those impeccable ethics to her students, along with the importance of quality control in the field.

“Standards are so important,” she says. “For instance, the Brentwood police department has a test for bilingual cadets, but who wrote the test? Who checks to see if these officers really have the Spanish language proficiency they need to deal with the community?” 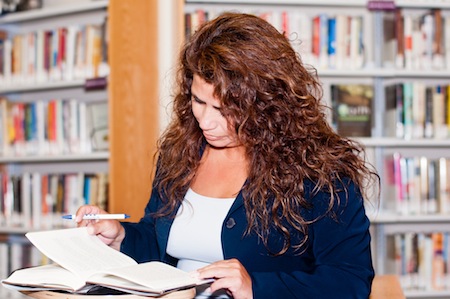 (Credit: Stanley Cadet)
A lack of standards is not the only issue that bedevils Berta in her quest to see linguistic obstacles to quality health care eradicated. Cultural differences can affect patients with limited English, keeping them from seeking crucial preventative care and asking questions in order to advocate for themselves in medical settings. But opening that door to clear communication is the first and most crucial hurdle, Berta believes.

“Studies have shown that lack of language access is one of the greatest contributing factors to patient outcomes. Patients [with limited English] are over-tested, over-medicated and spend more time receiving less accurate care.”

Even in places with existing language access services, Berta sees the need for her work. In some instances, signs and written instructions may technically be in Spanish, but are obtusely written and not clear to immigrants who are originally from countries in Central America. She worries about a future workforce gap.

“When employers start looking for a huge number of qualified interpreters, we need to be able to supply them from our own communities,” she says. “We have unemployed bilingual community members who could provide that workforce, but they need to have that training.” 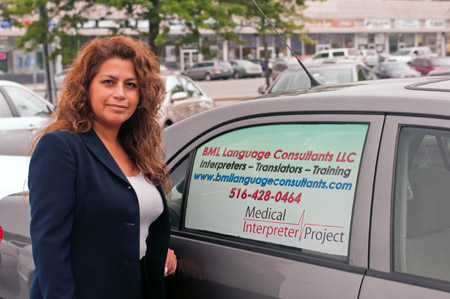 An advertisement reaches out to Long Islanders in transit.

In the meantime, she urges health care and other service providers to start from the ground up. In order to assess the health of an institution’s language access, she puts herself into the role of a patient. The first thing she does is call the institution’s main phone number. If she runs into difficulties right away, she considers the process overly alienating for a patient with limited English proficiency.

“The low-hanging fruit right now is to check phone trees and translated documents, and to screen interpreters,” she says. “We could do so much if we started there. Right now it’s all about baby steps.”

But Cevallos can’t help but hope for a more ambitious goal for the communities she tirelessly serves, and for far-reaching reforms that make language access a priority in Nassau and Suffolk counties. She feels that language access is about more than just providing services. It’s about a respect for the diverse range of people in our communities.

“At so many conferences and summits, we keep urging Long Islanders to practice tolerance, to tolerate the diversity,” she says. “But I don’t wanttolerance,” she insists, becoming more animated. “It has a negative connotation. Why should Latinos be just tolerated, implying there is something negative?”

“I think our goal should be acceptance.”

Images by Stanley Cadet of My Lens and I Photography. 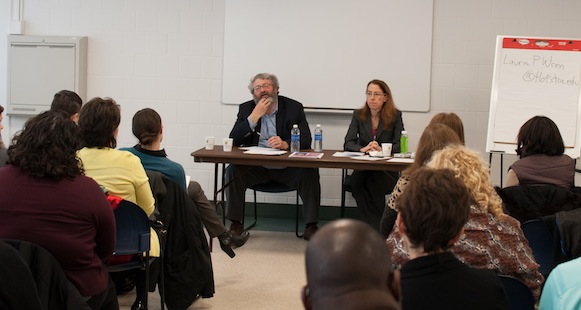 How CARECEN Got Involved with the Sanctuary Movement

Why You Should Attend Our Summit on Immigration

Political murder and the current atmosphere of violent mistrust