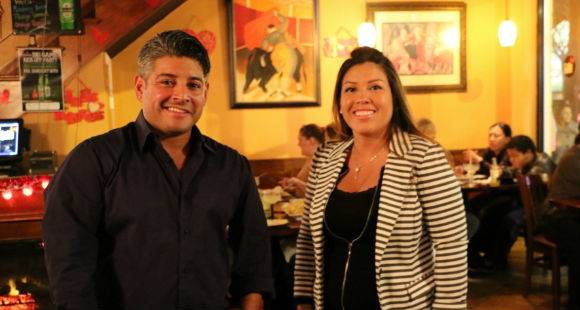 If you were to listen to Carolina and David Bustamante, the brother and sister co-owners of the renowned Gallo Restaurant located at the heart the Village of Patchogue, you will clearly hear the pride and excitement about the growth of their family’s restaurant from its humble beginnings 12 years ago. The success of this family business is a testament to how local economies can thrive when they embrace changing demographics in their community.

The Gallo Restaurant was actually the location for our business dinner during National Welcoming Week, titled “Economic Prosperity Through Welcoming Immigrants.” I chose this location because not only is it one of the village’s proudest success stories, but it is also a symbol of the modern day immigrant entrepreneurial spirit that is partly responsible for the booming economic resurgence the village has experienced in recent years.

But it wasn’t always that way, said Carolina, speaking in front of the crowd at the dinner. In 2001, when the Bustamantes moved to the Patchogue-Medford area from their hometown of Bay Shore, they found the village was not in great economic shape. It suffered from a lack of business investment in the area, especially in stores and restaurants.

Their father, Carlos Bustamante, saw the opportunity to try something different. He bought a part of the building at 3 East Main St., which back then was a Greek diner known as George’s Luncheonette. It was a quaint establishment that had been in business for 35 years.

But where some would have seen a challenge, Carlos saw an opportunity. Patchogue-Medford has a growing Latino population that was virtually untapped among the Main Street businesses at the time. Seeing successes in Brentwood and Bay Shore, where restaurants and delis were thriving thanks to the immigrant population, Carlos decided he would open a restaurant that would serve Colombian cuisine, which is where he had immigrated from in 1967.

Gallo Restaurant’s beginnings were very humble. It started out with seven tables, which soon wasn’t enough to satisfy the amount of business that was coming in. They expanded to the next building, and began renting the location for events such as birthdays, communions, and baptisms. Saving up little by little, they were eventually able to renovate the upstairs portion, which is used today to host three to four events per week, including meetings, fundraisers, and weddings. This in turn has yielded revenue, which they have been able to invest back into their business.

In a testament to the family’s pioneering spirit, a simple walk down Main Street reveals the Bustamantes’ influence. Gallo Restaurant was the first restaurant to have French doors installed, which was soon replicated by other restaurants, and which now make the Village of Patchogue one of the most attractive Main Streets on Long Island.

Where does the Bustamante family’s’ passion and entrepreneurialism come from? 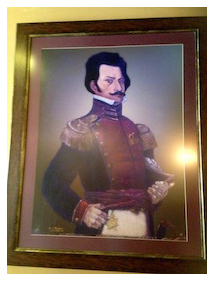 David Bustamante looked over at the beautifully painted portrait of his great-great grandfather. “My grandfather had longer sideburns than I’ve ever been able to grow,” he joked during a speech at the Welcoming dinner.

He described his great-great grandfather’s legacy: Vicente Bustamante, a colonel in Colombia who served under Simon Bolivar’s army, had fought to liberate Colombia and Venezuela from Spanish rule. Part of that pride, David said, is knowing that at the same time George Washington was leading the American colonies against the British Empire.

Their great-grandfather’s legacy in Colombia serves as inspiration towards the family’s ambition to continue innovating and pushing creative boundaries in the Village of Patchogue, beyond the restaurant sector. David noted that Main Street in Patchogue serves as an example for other Main Streets on Long Island to follow in using their social and cultural capital to create economic prosperity.

“Our success at the Gallo Restaurant wasn’t achieved by only working with the immigrant population, or with only the U.S.-born,” he said. “It was by working with everyone.”

David and Carolina believe in leading by example. They aim to treat their employees like family, providing them with guidance, and encouraging them to take full advantage of what the Village of Patchogue has to offer. For their Latino employees, they encourage them to become integrated within the community by taking English-language courses, and to become familiar with leaders in the community. It is through this leadership that they have become revered figures by both the immigrant population and the rest of the Village of Patchogue, as leaders in their own right. 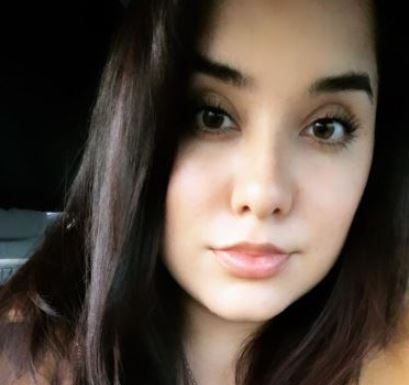 Sheriff Joe Arpaio to be Charged With Criminal Contempt of Court

The Immigrants’ Civil War: The Latinos