At the Long Island Regional Immigration Summit on April 20, industry leaders from agribusiness, healthcare, and education, among others, convened to develop immigration policy initiatives that would allow these different sectors to work collaboratively.

The event, which was organized by Long Island Wins and the Long Island Immigrant Alliance, also featured New York State Attorney General Eric Schneiderman as the keynote speaker. In his opening remarks, Schneiderman explained how protecting the rights of immigrant workers affects all workers and businesses across the state.

He also spoke at length about Arizona’s immigration law SB 1070, which he believes erodes the rights of all citizens. The week following the summit, Schneiderman filed a brief with the Supreme Court stressing that SB 1070 preempts federal law and would place an undo financial burden on the federal government, as the feds would be forced to monitor a messy patchwork of state-authorized immigration laws.

Watch Schneiderman talk about the importance of immigrant worker rights (scroll down for a transcription):

In this eight minute video, hear the attorney general’s opinion of SB 1070 and attempts by states to craft immigration law:

New York has always been a gateway for a generation of immigrants, and every generation has brought new energy, new ideas, innovations that have continued to make this state great. It is no less true today. So while there’s much to celebrate about, and I know that some of the work you’re doing today involves looking at programs that are working and focusing on benefits that we receive from our immigrant communities, but I want to talk about something that is a very direct challenge for us right now that I’m actively engaged in on behalf of the people of the state of New York that requires us to be honest about a fundamental problem that we’re facing in all our efforts at work on behalf of immigrants, and I don’t view it as severable on working on the greater good.

In this country today, unless we work together and find a way to integrate our immigrant populations into the rest of society and take advantage of the energy they bring, it’s going to be a failure for everyone in the United States, immigrant and non-immigrant alike. But the fact is, our immigration laws are broken and right now there’s no clear path to fixing them, and we all know that comprehensive reform of our immigration laws will ultimately be the responsibility of Congress and the president, and I applaud the efforts of this summit to make sure that the priorities and values of the Long Island businesses, non-profits, and labor unions represented here today will be represented in the debates over federal immigration reform.

I’ve worked towards the goal, with Assemblymember Ramos and others, and many people of the people in this room actually, of sensible immigration perform at the national level, and I will continue to do so. But we also have to understand that for a period of time there’s going to be a need to address issues at the state and local level, and that’s really going to have primacy in my view in this sort of politics of immigration over the next few years. The dysfunction of our national immigration system has opened the door to a lot of misguided and discriminatory laws in the state and local level. Obviously, it’s a contentious issue here on Long Island; it’s contentious all across the state and all across the country. So today, I want to do some work to establish, propose to you, establishing some parameters for our work as we address this critical issue.

I have two principles that guide me here. The first and most important is to admit to facing facts, separating data from demagoguery and working on an evidence based approach. Very, very important in this area and we have to be as disciplined as we can be about doing that. Second, we have to always remind people that the principle of the United States that supersedes and underlies really every other is the principle of equal justice under law. Ours is a system that only functions if we understand that everyone has rights and equal justice under law is not just something carved over our court house. This is fundamental to all of the work that we do on laws and all of the work we do on public policy. 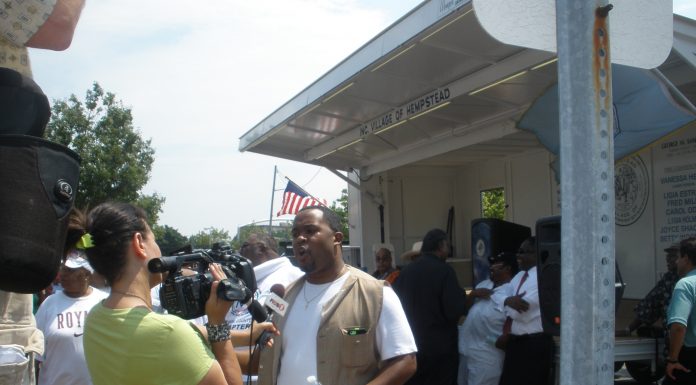 Instructions for Immigrants and Visitors Impacted by Typhoon Soudelor

Supreme Court will decide the constitutionality of DAPA and DACA extended